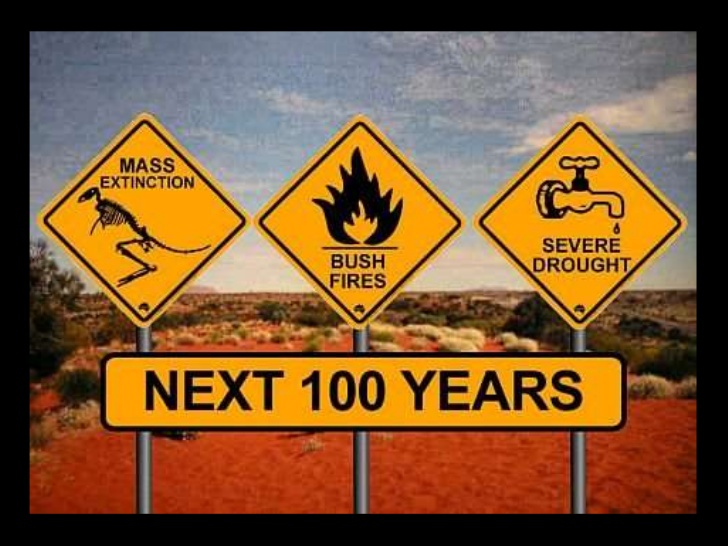 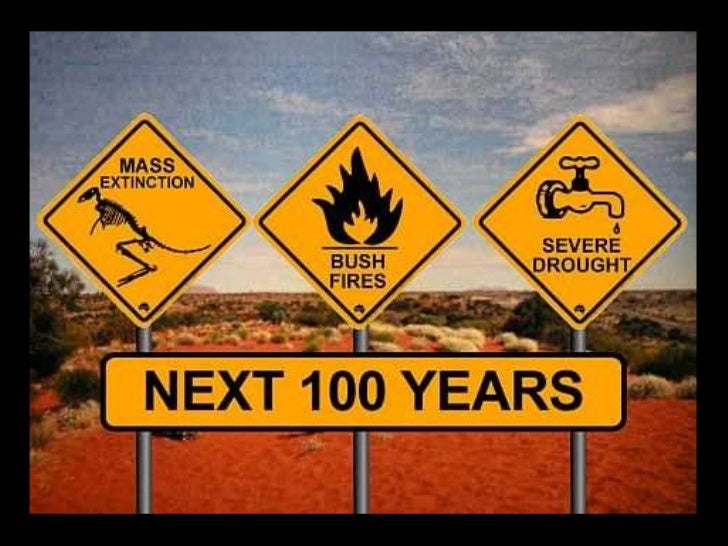 “The best example of (…) neoliberal crassness is, of course, the debate on how to deal with climate change. Neoliberals have rushed in to argue that, if anything is to be done, it must take the form of creating a quasi-market for “bads” (eg an emissions trading scheme), since only markets “know” how to price goods and bads appropriately.” (Yanis Varoufakis)

(Extracts from Vivian Warkentin’s “The Real Inconvenient Truth” (from The Berkeley Daily Planet), as a response to Chloe Maxmin’s ‘What the Climate Movement can Learn from the Neoliberal Coup” (“We know that we need Hillary, and we must do everything we can to elect her.”)

Vivian Warkentin writes: As a decades long, left leaning, KPFA listening and sponsoring, commuter bike riding, composting, plastic avoiding, bring your own cloth grocery bag environmental activist, I am seeing too much hypocrisy and closed minded smugness, and a lack of critical thinking on the part of those who I have always thought of as my people. I have come to the conclusion that those with liberal roots like me, have been sent on a fools’ errand, sucked into an unquestioning group-think and religiosity by a well-funded corporatized environmental establishment, that is scaring us into accepting top-down, pre-prescribed faux solutions that have never had public input and are designed to enrich bankers, diminish the rights of ordinary people, and funnel us into a controlled technocratic society.

It is my observation that all aspects of the left alternative media from the progressive weeklies to KPFA radio, are conducting the environmental wing of the global war on terror, never missing an opportunity to frighten and guilt trip us that we will cause “game over for the planet” if we don’t vote for “climate change legislation”, aka carbon taxes and carbon trading, and support “smart growth” policies. We are schooled that only crazy right-wingers could possibly question the “settled science” and the “settled” remedies. The Intergovernmental Panel on Climate Change (IPCC) is always cited as the trusted go-to body of expertise, even though their integrity was discredited with the “Climategate” scandal based on leaked emails, in which head scientists at the IPCC, Michael Mann of Penn State and Phil Jones of East Anglia University discussed doctoring the data on the “hockey stick” graph created by Mann, and punishing scientists and scientific journals that print contradictory evidence. (Note by Wayne Hall: The Climategate Scandal was launched just prior to the Copenhagen Climate Conference, for the purpose of wrecking it. It was entirely successful in achieving this. There are two sides to this game, both corrupt.)

So many are now feeding at the trough of climate change disaster capitalism that a rational open debate is almost impossible.1 City councils throughout the land are curiously all subscribing to the same developer, banker- enriching, land-grabbing policies of “smart growth”. Unelected, unaccountable regional boards, made up of selected local officials, along with corporations and non-governmental organizations are drawing up dictatorial regional plans for growth that supersede city governments, depriving citizens of the right to affect their own local land use policy. In the name of climate change remediation, we are told we must pack more people into smaller areas of land, as our towns are being transformed into mega-Manhattanized cities with tall multi-unit apartment buildings that take our sunlight, and ultimately our connection to the land and nature. Old buildings, neighborhoods, and communities are wastefully being torn down and made over to fit the vision of elite ideologue urban planners. In the upheaval, small local independent businesses are lost and replaced with national chains. This is not protection of nature, but a transfer of wealth, power, property ownership, and autonomy of cities, towns and rural areas, away from ordinary citizens.

Today’s “environmentalists” are working towards increased government and corporate control and surveillance over our lives through bio-hazardous technology, i.e. smart grid and smart meters, with no regard for thousands of independent scientific studies proving that digital microwave radiation damages biology. Instead of a call to decentralize, simplify and conserve, citizens worldwide are being forced to apply “smart” meters to their homes, even as they are complaining of heart palpitations, extreme fatigue, mental confusion, sleeplessness, headaches, ear ringing, dizziness and more. A technology is neither “green” nor “sustainable” if its byproduct harms humans, insects, plants and animals. This unseen pollution from smart meters and smart grid infrastructure is increasing exponentially with no objections from official environmentalists. Unlike the old meters, smart meters use energy to power themselves 24/7. They are only advantageous to a centralized corporate model of energy control.

Most shockingly, the left, who claim to have the corner on environmental stewardship, are among those giving credence to geoengineering-solar radiation management, (the spraying of chemical nanoparticle pollution, such as aluminum oxide and sulphur dioxide via jet aircraft into the atmosphere in order to block the sun), as a solution for global warming. On May 9, 2013, the Earth Island Institute sponsored a debate cavalierly dubbed, “Hack the Sky?” at the Brower Center in Berkeley CA. The purported adversaries were Stanford geoengineer, Ken Caldeira, and so called “ethicist”, Clive Hamilton, who belongs to the same geoengineering promoting, Solar Radiation Management Governance Group with Caldeira and other geoengineers. That very morning the two “debaters” made an appearance on liberal KALW’s “Your Call”. A few months later the apprentices on Progressive radio KPFA”s “Full Circle” hosted the same performance duo. Why are environmental groups and left media putting on rigged debates legitimizing and normalizing a preposterous technology, which poisons and desecrates nature, and can only cause irreparable harm, when they should be screaming warnings from the rafters that scientists are recklessly playing God with our world. These left media outlets are unconscionably frightening their following into accepting what amounts to nothing less than the corporate scientific intervention into our natural weather and climate systems.

The environmental establishment chooses to ignore a whole area of inquiry relevant and crucial to the climate change equation; that of scientific, military, university, and governmental, (NASA and NOAA) experimentation with our atmosphere and weather, which has been going on for many decades. The book “Angels Don’t Play This HAARP” by Nick Begich and Jeanne Manning, documents the history of military experimentation with the earth’s atmosphere, and chronicles the development (including twelve patents) of the High Frequency Active Auroral Research Project, (HAARP), a field of giant antennas which can boil the upper atmosphere with a focused steerable billion watt electromagnetic beam, sending electromagnetic waves back onto a target on earth, causing changes in the jet stream and weather. The Department of Defense and their military contractors operate outside of all laws that protect the environment.

The climate change activists of today are listening to and trusting the very moneyed, powerful entities who have brought us to the brink of ecological collapse and forced us into fossil fuel dependency, for diagnosis and treatment of our environmental calamities. The Rockefellers, one of the biggest funders and grant givers to the current environmental “movement”, have throughout the decades, used their wealth and influence derived from BIG OIL to remain in control of energy. They financed Prohibition in the 1920s and ’30s to keep farmers from making their own alcohol fuel, and worked to criminalize hemp, from which fuel was made. They killed the electric car and the municipal electric railways and influenced our government to suppress more than 5000 energy technology patents, which have potential to end our energy crisis.

The rhetoric we hear of creating economic and environmental equity among people and nations, rings hollow when you realize that the environmental establishment is being bought and commandeered by the richest fat cats in the world, who have the inordinate means to create equity overnight, and to stop their destructive environmental practices, if that were their true purpose. Instead they are financing and manufacturing a phony grassroots campaign to pin the blame for environmental devastation on the “everyman” who is living in a world choreographed by the corporate financial elite. Their message is that the future of the planet is impossible unless we the little people submit to the measures outlined by them. They have frightened, panicked, and demoralized the very people who would be fighting them with every breath into being the enforcement arm for their vision of our future. Fear of climate change is being manipulated to get the left to aid in the stealing of citizen rights and the corporatization of our local government, land, business, nature and weather.While the environmentalists are stuck on climate change, the nuclear accidents, toxic spills, pesticide contamination, deep sea oil drilling, fracking, tree cutting, electromagnetic radiation, introduction into the ecosystem of new dangerous technological compounds and organisms like GMOS, synthetic biology, nanoparticles, the geoengineering of our skies, destructive war and weapons, and much more, continue unabated.

Now left wing pundits like The Nation’s, Mark Hertsgaard, tell us to be impressed, that the big time financial fleecers and scammers, “Hank” Paulsen, hedge fund billionaire, Tom Steyer and Michael Bloomberg have come on board with climate change, as if they haven’t always been. The War On Climate Change has gone publicly mainstream as the likes of BP, Goldman Sachs, J.P. Morgan, Dow Chemical bankrolled the “Peoples” climate march in New York City in Sept. 2014.

No. It is way past time for the left to question where blind belief in billionaire, banker funded environmentalism is taking us

The climate debate is a decades-long and highly successful bipolar diversion from what should be a prime concern not only of ecologists but of all citizens, namely the clandestine planetary-wide spraying of toxic aerosols, which sometimes in an off-the-record way tries to justify itself through appeals to one of the two sides of the climate debate (saying either that the spraying is not the best solution to a real climate change problem [i.e. that it is a “solution” imposed by climate change sceptics], or alternatively that the prime culprits for the spraying are those who allege a fake climate change problem [i.e. ecologists].  Both sides of this false dialogue  betray  primary loyalty to the climate change debate, not to investigation of the spraying, whose reality is totally denied by all “authorities”.