“Geoengineering is the ultimate hubris (*), without democratic control”

Supporters of geoengineering have proposed radical ways to alter the planet. But opposition is growing to geoengineering. We interviewed the indian environmentalist, scientist,
philosopher Vandana Shiva.
Vandana Shiva,originally a theoretical physicist, she now campaigns the world for heirloom seeds, organic farming and local food systems instead of the chemical- and oil-intensive large scale industrial farms that destroy the environment and wreck local economies. She also supports Hands off Mother Earth, a citizen-based organization that resists geoengineering .

TRANSCRIPT OF THE INTERVIEW

NoGeoingegneria: So, first, thank you very much for your time because you’re an incredible woman and you always have so much time for everybody. and it’s great. We wanted to speak a little bit about geoengineering with you. It’s something that embraces everything: food and water and what is happening now in the world in a situation of climate change, and great change, and risk of collapse at every level. I saw the interview you had with Amy Goodman. So, first, what is, for you, at this moment, the role of geoengineering?

00:55 Vandana: the role of geo-engineering should, in a world of responsibility, in a world of scientifically enlightened decision making and ecological understanding, it should be zero. There is no role for geo-engeneering. Because what is geoengineering but extending the engineering paradigm? There have been engineered parts of the earth, and aspects of ecosystems and organisms through genetical engineering: the massive dam building, the re-routing of rivers. These were all elements of geoengineering at the level of particular places and we have recognized two things: one, that when you don’t take into account the way ecological systems work, then you do damage. Everyone knows that in effect climate change is a result of that engineering paradigm. We could replace people with fossil fuels, have higher and higher levels of industrialization, of agriculture, of production, without thinking of the green-house gases we were admitting, and climate change is really the pollution of the engineering paradigm, when fossil fuels drove industrialism. To now offer that same mindset as a solution is to not take seriously what Einstein said: that you can’t solve the problems by using the same mindset that caused them. So, the idea of engineering is an idea of mastery. And today the role that we are being asked to play is a role based on informed humanity.

Weather modification is a very small part of geo engineering. Geoengineering right now is the hubris of saying: “all this climate change, and we’re living in the anthropocene age and now human beings will be the shapers of our future, that totally control the overall functions of not just our planet, but our relationship with other planets, so many of the solutions offered have been putting reflectors in the sky to send the sun back as if the sun was a problem rather than the very basis of life, or to put pollutants into the atmosphere in order to create a layer of pollution that would stop the sun from shining. But the instability of the climate that is the result of the greenhouse effect will just be aggravated by these interventions. Now weather modifications done in a narrow-minded way, to say “we are not getting rain so let us precipitate rain artificially so that agriculture doesn’t fail” is something that for example the Chinese did for the olympics. They made sure there would be no rain during the Olympics. It is a lower level of hubris than the larger project of geoengineering.

5:52 N: and you see that the ETC Group also published only a part, it’s only a part because everyday something else is coming out, in the whole world they are doing it, so if you make in a lot of points.

6:08 N: what does it mean for weather extremes for example?

6:11 V: the first thing is it creates more instability, and we are dealing with instability, therefore we must deal more with actions that create insurance against instability, rather than aggravating the instability. It’s like I’m driving a car and I know there’s a precipice there, I should put the car in reverse and then turn into another direction. What geo engineering is doing is saying “let’s put our foot on the accelerator”. And the precipice is climate instability, climate unpredictability. And at the root of it is the false idea that these silly little actions will be able to control and regulate the weather and climate. But the second most important part of why geo engineering is so so wrong is that is ultimate expression of patriarchal irresponsibility. Patriarchy is based on appropriating rights and leaving responsibility to others. In this case the scientists who are playing these games, the who are investors financing it, are all doing it without having any consent for these experiments, any approval for these experiments, locally or globally, and worse, without thinking of the consequences or what it can lead to, and without ever ever being bound to responsibility. Therefore it is the ultimate expression of all the destructive tendencies of patriarchy.

7:50 N: Yeah, and you see you can take one name Edward Teller. He comes from the atomic bomb. He had the idea of controlling the weather by atomic bomb. He proposed the shield for sun radiation management, so the same persons, the same power structure is organizing this type of management of the planet and of space. So, you know about the intention of control ….?

8:22 V: Well for some people the intention is really one of making others suffer. And therefore aspects of geo- engineering are about links with military warfare. How do you alter the climate so that you can just make rain fall or fail in a particular area and let agriculture suffer. But in other cases, even if there isn’t that military intention of harm to the other there is an ignorance…..

8:58 V: Not all, the reason that there is such a battalion of scientists behind it…..

9:05 V: The people are pushing it have a money interest. The people who are pushing it have a military interest. , people are pushing to have a military interest. The players merely have the arrogance that ” I have the solution”. And it’s the combination of stupidity combined with the arrogance of the little players, and the evil projects of the ones who control it, that combination is what makes it toxic. Because if the scientific community could only recognize its responsibility to society and the planet and say “I will not be part of your games”, which is how Scientists for Social Responsibility was created, which is how the group that started to monitor the whole nuclear issue, those were all scientists. This is a marriage of stupid scientists with evil minds, and we need scientists with responsibility to be the counterforce to say this is not science, just as we need in genetic engineering. And it is as the community of scientists who really know the science start to speak more and organize better, that the stupid scientists of the biotech industry will quieten down. And biotech and geo engineering have the same mindset, of engineering, of power, of control, of mastery of nature

10:30 N: you spoke also of the dams. It’s big geoengineering also in India and in the whole world and there are now the big interests of water and here, the last time we had an interview with Pat Mooney he said that big dams, energy production, water control, and weather control, it’s one thing. So it’s not only a small intervention to have crops. It’s something more.

11:19 N: Uh….. what do you think about the fact they will spray nano particles? That’s the program!

11:29 V: Each of these issues has a particular aspect thats different but i think those particular aspects are very small compared to the overall damage and the overall irresponsibility. For me the first issue is, how dare you do this. How dare you. That has to be humanity’s response. Then the rest of the little thing of how nano particles can harm or have too much sulphur in the atmosphere can harm, those are specific details but this is a civilizational issue. And in civilizational issues you don’t look at the tiny details as the debate. You have to look at the big picture!

Vandana Shiva, a world-renowned environmental thinker, activist, physicist, feminist, philosopher of science, writer and science policy advocate, is the Director of The Research Foundation for Science, Technology and Natural Resource Policy. She serves as an ecology advisor to several organizations including the Third World Network and the Asia Pacific People’s Environment Network. In 1993 she was the recipient of the Right Livelihood Award, commonly known as the “Alternative Nobel Prize”. A contributing editor to People-Centered Development Forum, she has also written several works include, “Staying Alive,” “The Violence of the Green Revolution,” “Biopiracy: The Plunder of Nature and Knowledge,” “Monoculutures of the Mind” and “Water Wars: Privatization, Pollution, and Profit,” as well as over 300 papers in leading scientific and technical journals. Shiva participated in the nonviolent Chipko movement during the 1970s, whose main participants were women. She is one of the leaders of the International Forum on Globalization, and a figure of the global solidarity movement known as the anti-globalization movement. She has argued for the wisdom of many traditional practices, as is evident from her book “Vedic Ecology” that draws upon India’s Vedic heritage. Shiva has fought for changes in the practice and paradigms of agriculture and food. Intellectual property rights, biodiversity, biotechnology, bioethics, genetic engineering are among the fields where Shiva has contributed intellectually and through activist campaigns. She has assisted grassroots organizations of the Green movement in Africa, Asia, Latin America, Ireland, Switzerland and Austria with campaigns against genetic engineering. In 1982, she founded the Research Foundation for Science, Technology and Ecology. Her book, “Staying Alive” helped redefine perceptions of third world women. Shiva has also served as an adviser to governments in India and abroad as well as non governmental organisations, including the International Forum on Globalisation, the Women’s Environment & Development Organization and the Third World Network. 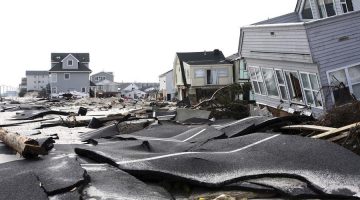 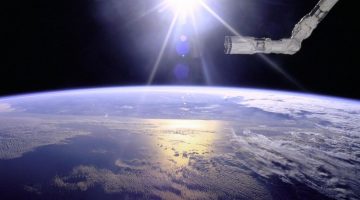