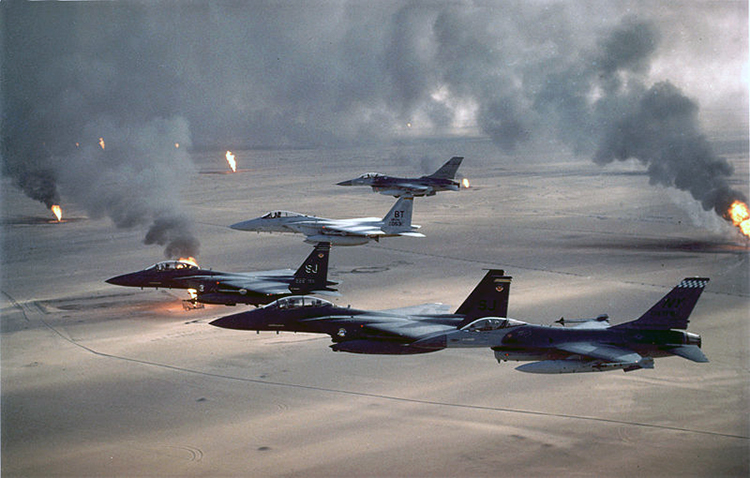 The US military’s carbon bootprint is enormous. Like corporate supply chains, it relies upon an extensive global network of container ships, trucks and cargo planes to supply its operations with everything from bombs to humanitarian aid and hydrocarbon fuels. Our new study calculated the contribution of this vast infrastructure to climate change.

Greenhouse gas emission accounting usually focuses on how much energy and fuel civilians use. But recent work, including our own, shows that the US military is one of the largest polluters in history, consuming more liquid fuels and emitting more climate-changing gases than most medium-sized countries. If the US military were a country, its fuel usage alone would make it the 47th largest emitter of greenhouse gases in the world, sitting between Peru and Portugal.

In 2017, the US military bought about 269,230 barrels of oil a day and emitted more than 25,000 kilotonnes of carbon dioxide by burning those fuels. The US Air Force purchased US$4.9 billion worth of fuel, and the navy US$2.8 billion, followed by the army at US$947m and the Marines at US$36m 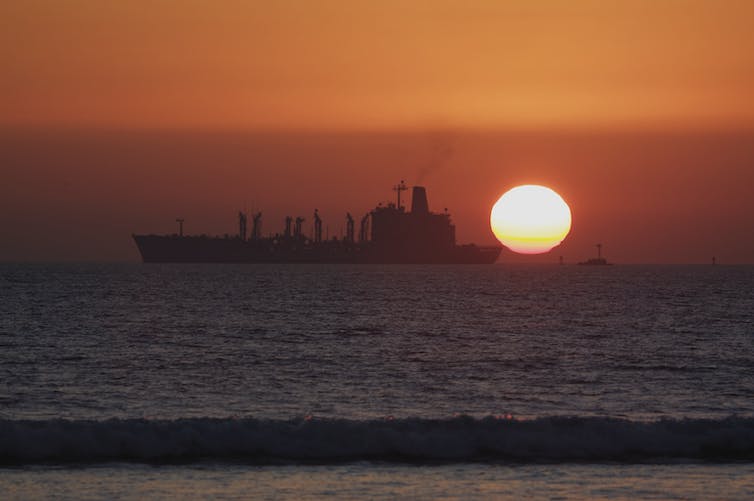 It’s no coincidence that US military emissions tend to be overlooked in climate change studies. It’s very difficult to get consistent data from the Pentagon and across US government departments. In fact, the United States insisted on an exemption for reporting military emissions in the 1997 Kyoto Protocol. This loophole was closed by the Paris Accord, but with the Trump administration due to withdraw from the accord in 2020, this gap will will return.

Our study is based on data retrieved from multiple Freedom of Information Act requests to the US Defense Logistics Agency, the massive bureaucratic agency tasked with managing the US military’s supply chains, including its hydrocarbon fuel purchases and distribution.

The US military has long understood that it isn’t immune from the potential consequences of climate change – recognising it as a “threat multiplier” that can exacerbate other risks. Many, though not all, military bases have been preparing for climate change impacts like sea level rise. Nor has the military ignored its own contribution to the problem. As we have previously shown, the military has invested in developing alternative energy sources like biofuels, but these comprise only a tiny fraction of spending on fuels.

The American military’s climate policy remains contradictory. There have been attempts to “green” aspects of its operations by increasing renewable electricity generation on bases, but it remains the single largest institutional consumer of hydrocarbons in the world. It has also locked itself into hydrocarbon-based weapons systems for years to come, by depending on existing aircraft and warships for open-ended operations. 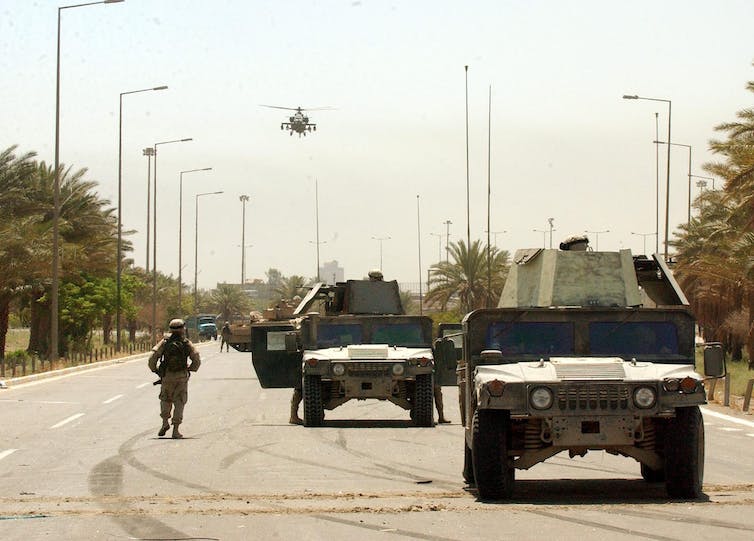 Not green, but less, military

Climate change has become a hot-button topic on the campaign trail for the 2020 presidential election. Leading Democratic candidates, such as Senator Elizabeth Warren, and members of Congress like Alexandria Ocasio-Cortez are calling for major climate initiatives like the Green New Deal. For any of that to be effective, the US military’s carbon bootprint must be addressed in domestic policy and international climate treaties.

Our study shows that action on climate change demands shuttering vast sections of the military machine. There are few activities on Earth as environmentally catastrophic as waging war. Significant reductions to the Pentagon’s budget and shrinking its capacity to wage war would cause a huge drop in demand from the biggest consumer of liquid fuels in the world.

It does no good tinkering around the edges of the war machine’s environmental impact. The money spent procuring and distributing fuel across the US empire could instead be spent as a peace dividend, helping to fund a Green New Deal in whatever form it might take. There are no shortage of policy priorities that could use a funding bump. Any of these options would be better than fuelling one of the largest military forces in history.  SOURCE