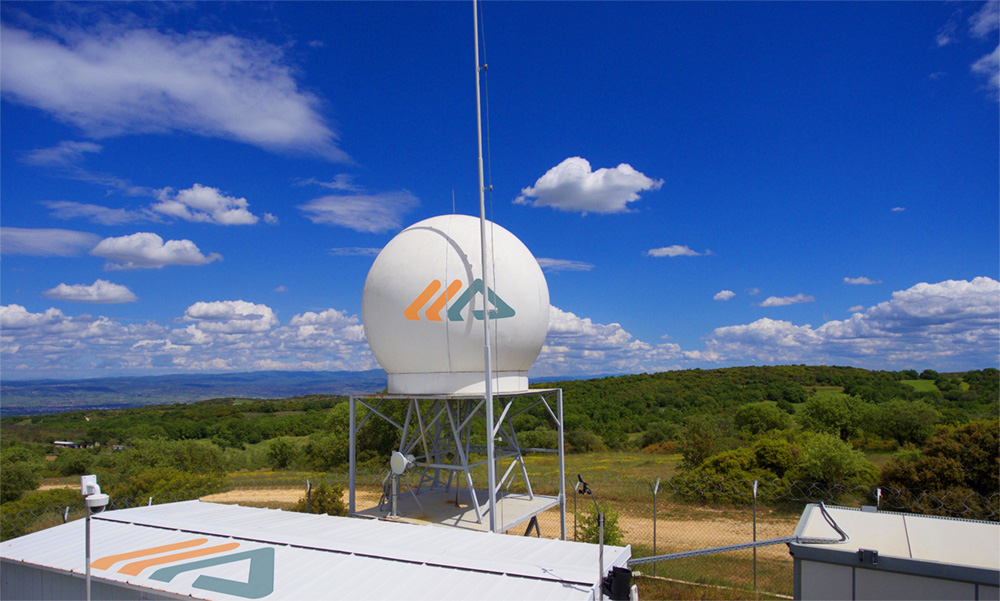 3D s.a. is one of the most innovative companies in the world regarding Protection against Adverse Weather Phenomena. It is a member of the Weather Modification Association and undertakes such programs since 1981.

The management of weather conditions is performed by using specially modified aircrafts, weather radars and qualified staff. The company’s goals are to increase rain and snow falls (in order to face the drought and to store up water), and to protect from hail (so that the damage caused both to crops and to people’s fortunes are restrained).

The method used for the performance of such programs is based on the penetration of condensation cells in the atmosphere, wherever there is enough humidity. However, because of their absence, either it’s impossible that water drops or ice cells are formed, or due to the small number of cells, big embryos are created which fall to the ground as hail. MORE

3D SA is a company with registered shares, which was founded in 1976 by three men who shared the same passion for air aviation. They also had the same name, Dimitris, and this is why the company is named 3D. The company’s properly-own head offices are in Thessaloniki since 1976. The company also rents five offices at the Airport Macedonia of Thessaloniki, which belong to the Civil Aviation Authority (CAA), and another 2250 m have been conceded to the company in order to build an aircraft hangar, which is to be completed in 2010. The company’s main and unique activity when it was founded was spraying by aircrafts. However, the company has been expanded and it had added many more applications in the air aviation field, as weather modification, airports’ security services, aircrafts’ maintenance and leasing, firefighting, supervising ground handling for airline companies. 3D SA has also broadened its services and extended its activity in other fields which include weather radar data, in constructions and real estate market. 3D SA undertakes mostly government contracts and is one of the best airlines companies in the world in the weather modification section, having experience of more than 25 years and it has treated different projects, such as protection against hail, rain or snow reinforcement. Being one of the leader companies world wide to provide airline application services, 3D SA promotes innovation and has the initiative in giving personalized solutions depending on the circumstances.