AUSTRALIA AND NEW ZEALAND TO BE TEST SITES FOR GM INSECT TRIALS COURTESY OF DARPA! 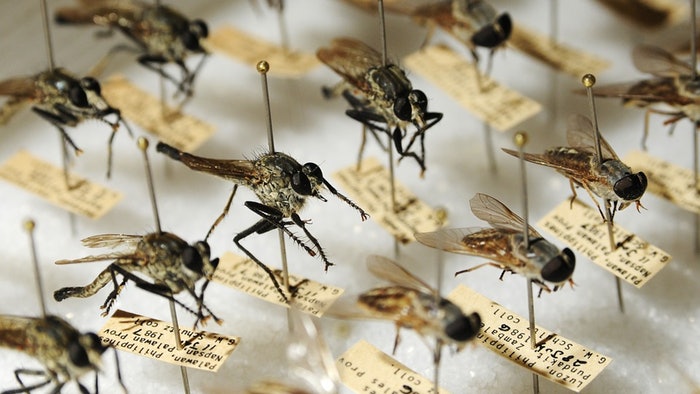 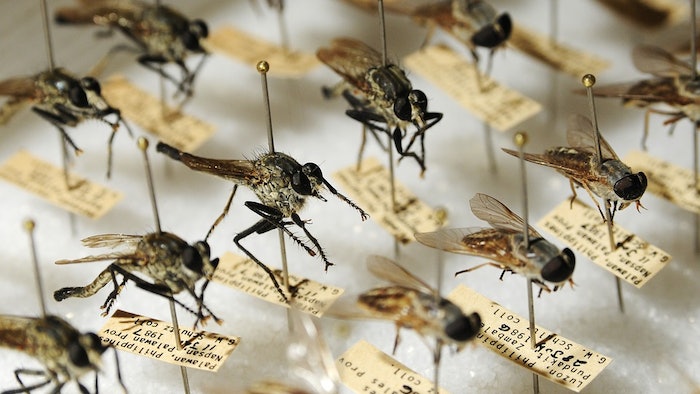 I’ve heard a few nay sayers on the authenticity of this claim which set me to reading more of the links and particularly the synbiowatchsite. It does indeed appear that discussions are ongoing with this. I was not aware that the gene drive proposal was all over the media during this year 2017 & prior (been a busy year). Have a search & you will see, preferably a non google search, you will find more. There’s indeed been a media drive to capture public ‘consent’ sugar coated with all the pluses. I will add some of those links but really it deserves another whole post. Then I see on some of their conference papers, ads etc. (synbiowatch)  the familiar names Monsanto, DuPont, Rockefeller Bill & Melinda Gates and more. Those names alone are cause for caution. The emphasis on the drive seems more on animals at this point although the trials for insects have (?) been in Hawaii & are proposed (?) for Africa. I’m sure I saw reference to release of GM insects in Christchurch this year but cannot find a link anywhere. Could be wrong on that, unfortunately I didn’t keep the link. Overall anyway, it is tied in very much with NZ’s predator free 2050 plan basically. So that’s government & will Jacinda oppose it? I doubt it personally as she is globalist isn’t she? Even if she did personally oppose it I doubt she would be able to reverse this tide. Interesting timing wasn’t it? Right on the year of election & we know who was steering the ship prior to that. I’ve ceased to be amazed now at the arrogance of these people to imagine they can improve on the ecosystem. As if it has not survived perfectly well for thousands of years without the help of GM. Seems to me the biggest pestilent threat to the survival of the ecosystem is them. Humankind. The original polluters of the planet.
EnvirowatchRangitikei

Sent to me by Warren Woodward via emfacts.com

In order to make sense of the title of this posting read down to where it is stated where the proposed test sites for this GM technology will be.

The files reveal how far along the two leading gene drive teams (Target Malaria for the UK and GBIRD, based in North Carolina) have proceeded towards building gene drive organisms and are preparing for open field trials, including steps to select test sites in Australia, New Zealand, Burkina Faso, Uganda, Mali and Ghana, and to create government and community acceptance of the use of gene drives in key testing sites. SOURCE

No sites in the US obviously.

After all, if there are any unexpected consequences of releasing GM altered insects in the environment better do it well away from America – and there’s lots of water between America and the Antipodes.

But don’t worry, they are also preparing a PR package aimed to “create government and community acceptance”. The main funder of gene drive technology is the US Defense Advanced Research Projects Agency (DARPA). With virtually unlimited funding imagine what the folks at DARPA can come up with. For the betterment of humanity, as Bill Gates would like us to believe, or for America’s military/corporate complex with global dominance as the real goal?

Perhaps this will not be such an easy sell in Australia because virtually all Australians know of the ongoing tragedy of the introduction of cane toads, introduced to Australia from Hawaii in 1935 by the Bureau of Sugar Experiment Stations as an amazing new technique to control the native grey-backed cane beetle. It didn’t work and now the toad is slowly invading much of Northern Australia with great destruction of native species.

The coming gene drive PR spin by “Emerging Ag” will claim benefits such as controlling mosquito diseases but other not mentioned “benefits” will be to try to develop a Monsanto pesticide resistant bee which will be used to pollinate crops sprayed with the chemicals without dying. After the GM bee has done its job, it’s programmed “termator gene’ will ensure all the GM bees die without leaving offspring, so each year farmers have to purchase a new batch of GM bees if they want to have pollinating dependent crop. Such a development would go a long way to assure global US military and corporate dominance over the world’s food resources.

The logic being why remove a profitable chemical which happens to be killing bees and other pollinating insects when you can change nature itself, at huge profit but with an unknown long-term cost to humanity. (Keep scrolling)

EPA Finally Admits What Has Been Killing Bees For Decades

US military revealed as top funder of gene drives

Over 1,200 emails released under open records requests reveal that the US military is now the top funder and influencer behind a controversial genetic extinction technology known as “gene drives” – pumping $100 million into the field. The trove of emails, obtained via open records requests, also shed light on a $1.6 million dollar UN gene drive lobbying operation paid for by the Bill and Melinda Gates Foundation.

“Emerging Ag,” a private PR firm funded by the Gates Foundation, is working behind the scenes to stack key UN advisory processes with gene drive-friendly scientists, and has recruited ostensibly independent academics and public officials into a private collaboration to counteract proposed regulations and to resist calls by scientists and conservationists for an international moratorium. Some of those recruited entered into the UN discussions without divulging their conflicts of interest or the role that paid political consultants played in shaping their inputs.

The files, dubbed “The Gene Drive Files,” additionally cast a spotlight on the central role of the shadowy US Defense Advanced Research Projects Agency (DARPA) as the key funder now accelerating gene drive development. For example, DARPA is now revealed as the major financial backer of efforts to develop gene drive mammals (mice) that are led by a US environmental NGO, although DARPA has no biodiversity conservation mission, raising questions about the defence agency’s intent. These revelations come on the heels of a public warning issued by a leading gene drive researcher Dr Kevin Esvelt that current gene drives are too powerful to be used in conservation.

“Gene drives are a powerful and dangerous new technology and potential biological weapons that could have disastrous impacts on peace, food security and the environment, especially if misused,” said Jim Thomas of ETC Group. “The fact that gene drive development is now being primarily funded and structured by the US military raises alarming questions about this entire field.”

“Gene drives could have profound global impacts, and these emails reveal a secretive attempt to game the system by gene drive proponents aiming to minimize essential regulations and oversight,” said Dana Perls of Friends of the Earth US. “We need more transparency about who is influencing critical decisions about the future of global ecosystems, people’s livelihoods, or our food system.”

“In response to this news that the integrity of technical processes under the Convention on Biological Diversity (CBD) may have been compromised, civil society groups will urgently raise the need for better disclosure of interests within a framework for addressing conflict of interest at the CBD,” said Lim Li Ching of Third World Network.

“Mosquitoes containing gene drives are being proposed for malaria control in Africa. While claiming potential health benefits, any application of such powerful technologies should be subject to the highest standards of transparency and disclosure. Sadly, this doesn’t appear to be the case. Releasing risky GM organisms into the environments of these African countries is outrageous and deeply worrying,” said Mariam Mayet, Executive Director of The African Centre for Biodiversity.

● The US Defense Advanced Research Projects Agency (DARPA) is reported to have given approximately $100 million for gene drive research, $35 million more than previously reported. If confirmed, DARPA appears to be the largest single funder of gene drive research on the planet.

● Emerging Ag, a privately-held public relations firm, received over $1.6 million from the Bill and Melinda Gates Foundation to work on gene drive topics and to focus on exerting influence on the United Nations Convention on Biological Diversity (CBD), the key body for gene drive governance. Following calls in 2016 for a global moratorium on the use of gene drive technology, the CBD sought input from scientists and experts in an online forum. According to the Gene Drive Files, Emerging Ag recruited and coordinated over 65 experts, including a Gates Foundation senior official, a DARPA (Defense Advanced Research Project Agency) official, and government and university scientists, in an undercover attempt to flood the official UN process with their coordinated inputs.

● The attempt to covertly influence the UN process online centrally involved three members of an associated UN expert committee (The Ad Hoc Technical Expert Group on Synthetic Biology). Two of them are from institutions that together received over $100 million in U.S. military and other funds expressly to develop and test gene drive systems. One served as “stakeholder engagement lead” for a Gene Drive development project. The Expert committee meets this week in Montreal Canada.

● DARPA is revealed to be funding a high profile UK team of researchers targeting African communities with gene drive mosquitos. This funding was not previously made public.

● The files reveal how far along the two leading gene drive teams (Target Malaria for the UK and GBIRD, based in North Carolina) have proceeded towards building gene drive organisms and are preparing for open field trials, including steps to select test sites in Australia, New Zealand, Burkina Faso, Uganda, Mali and Ghana, and to create government and community acceptance of the use of gene drives in key testing sites.

The Gene Drive Files can be accessed at: http://genedrivefiles.synbiowatch.org

The Gene Drive Files consist of records recently released in response to U.S. and Canadian open records requests. The bulk of the files are from North Carolina State University, and were released on 27 October 2017 under a request by Edward Hammond/Third World Network. The files also include records from Texas A&M University, also requested by Edward Hammond/Third World Network and released on 21 August 2017 (Request TAMU R001428). Additional records from an Access to Information request filed in Canada by ETC Group are also included at the same site.