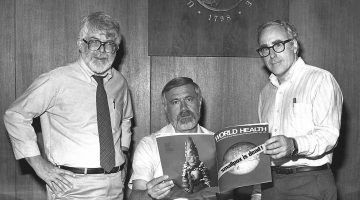 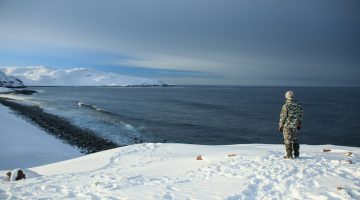 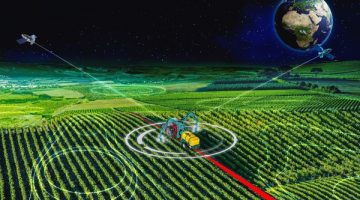 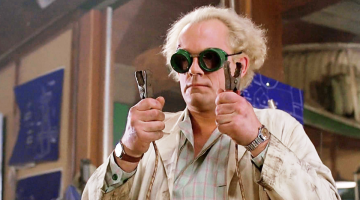 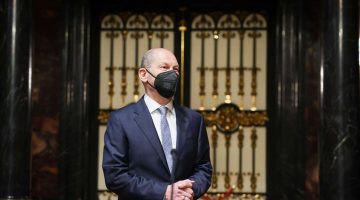 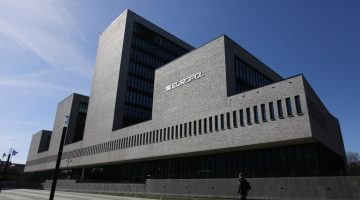 WITHOUT PCR-TESTS THERE WOULD BE NO REASON FOR SPECIAL ALARMS 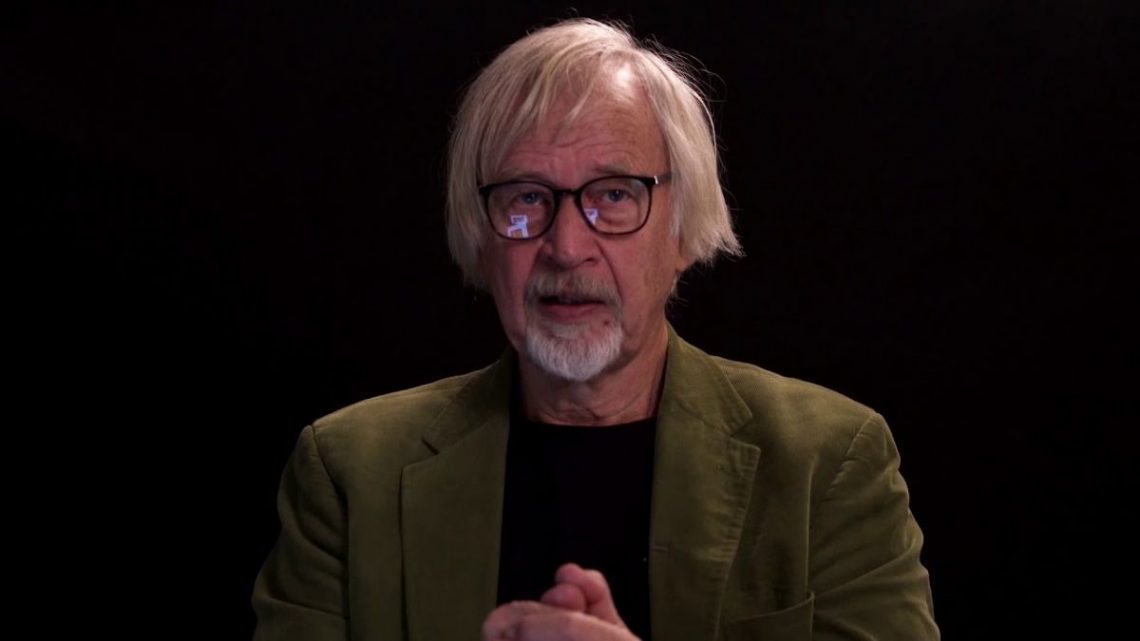 We are currently not measuring the incidence of coronavirus diseases, but the activity of the specialists searching for them.

The corona hype is not based on any extraordinary public health danger. However, it causes considerable damage to our freedom and personal rights through frivolous and unjustified quarantine measures and restrictions. The images in the media are frightening and the traffic in China’s cities seems to be regulated by the clinical thermometer.

Evidence based epidemiological assessment is drowning in the mainstream of fear mongers in labs, media and ministries.

The carnival in Venice was cancelled after an elderly dying hospital patient was tested positive. When a handful of people in Northern Italy also were tested positive, Austria immediately closed the Brenner Pass temporarily.
Due to a suspected case of coronavirus, more than 1000 people were not allowed to leave their hotel in Tenerife. On the cruise ship Diamond Princess 3700 passengers could not disembark., Congresses and touristic events are cancelled, economies suffer and schools in Italy have an extra holyday.

At the beginning of February, 126 people from Wuhan were brought to Germany by plane and remained there in quarantine two weeks in perfect health. Corona viruses were detected in two of the healthy individuals.
We have experienced similar alarmist actions by virologists in the last two decades. WHO’s “swine flu pandemic” was in fact one of the mildest flu waves in history and it is not only migratory birds that are still waiting for “birds flu”. Many institutions that are now again alerting us to the need for caution have let us down and failed us on several occasions. Far too often, they are institutionally corrupted by secondary interests from business and/or politics.

If we do not want to chase frivolous panic messages, but rather to responsibly assess the risk of a spreading infection, we must use solid epidemiological methodology. This includes looking at the “normal”, the baseline, before you can speak of anything exceptional.
Until now, hardly anyone has paid attention to corona viruses. For example, in the annual reports of the Robert-Koch-Institute (RKI) they are only marginally mentioned because there was SARS in China in 2002 and because since 2012 some transmissions from dromedaries to humans have been observed in Arabia (MERS). There is nothing about a regularly recurring presence of corona viruses in dogs, cats, pigs, mice, bats and in humans, even in Germany.
However, children’s hospitals are usually well aware, that a considerable proportion of the often severe viral pneumonia is also regularly caused or accompanied by corona viruses worldwide.

In view of the well-known fact that in every “flu wave” 7-15% of acute respiratory illnesses (ARI) are coming along with coronaviruses, the case numbers that are now continuously added up are still completely within the normal range.
About one per thousand infected are expected to die during flu seasons. By selective application of PCR-tests – for example, only in clinics and medical outpatient clinics – this rate can easily be pushed up to frightening levels, because those, who need help there are usually worse off than those, who are recovering at home. The role of such s selection bias seems to be neglected in China and elsewhere.

Since the turn of the year, the focus of the public, of science and of health authorities has suddenly narrowed to some kind of blindness. Some doctors in Wuhan (12 million inhabitants) succeeded in attracting worldwide attention with initially less than 50 cases and some deaths in their clinic, in which they had identified corona viruses as the pathogen.
The colourful maps that are now being shown to us on paper or screens are impressive, but they usually have less to do with disease than with the activity of skilled virologists and crowds of sensationalist reporters.

We are currently not measuring the incidence of coronavirus diseases, but the activity of the specialists searching for them.

Wherever such the new tests are carried out – there about 9000 tests per week available in 38 laboratories throughout Europe on 13 February 2020 – there are at least single cases detected and every case becomes a self-sustaining media event. The fact alone that the discovery of a coronavirus infection is accompanied by a particularly intensive search in its vicinity explains many regional clustersi.

The horror reports from Wuhan were something, that virologists all over the world are waiting for. Immediately, the virus strains present in the refrigerators were scanned and compared feverishly with the reported newcomers from Wuhan. A laboratory at the Charité  won the race at the WHO and was the first to be allowed to market its in-house tests worldwide. Prof C. Drosten was interviewed on 23rd of january 2020 and described how the Test was established. He said, that he cooperated with a Partner from China, who confirmed the specific sensitivity of the Charitè-Test for the Wuhan coronavirus. Other Tests from different Places followed soon and found their market.

However, it is better not to be tested for corona viruses. Even with a slight “flu-like” infection the risk of coronavirus detection would be 7% – 15% . This is, what a prospective monitoring in Scotland (from 2005 to 2013) may teach us. The scope, the possible hits and the significance of the new tests are not jet validated. It would be intersting to have soe tests not only on airports and cruising ships but on german or italian cats, mice or even bats.

If you find some new virus RNA in a Thai cave ore a Wuhan hospital, it takes a long time to map its prevalence in different hosts worldwide.

But if you want to give evidence to a spreading pandemic by using PCR-Tests only, this is what should have been done after a prospective cross sectional protocoll.

So beware of side effects. Nowadays positive PCR tests have tremendous consequences for the everyday life of the patient and his wider environment, as can be seen in all media without effort.

However, the finding itself has no clinical significance. It is just another name for acute respiratory illnesses (ARI), which as every year put 30% to 70% of all people in our countries more or less out of action for a week or two every winter.
According to a prospective ARI-virus monitoring in Scotland from 2005 to 2013, the most common pathogens of acute respiratory diseases were: 1. rhinoviruses, 2. influenza A viruses, 3. influenza B viruses, 4. RS viruses and 5. coronaviruses.
This order changed slightly from year to year. Even with viruses competing for our mucous membrane cells, there is apparently a changing quorum, as we know it from our intestines in the case of microorganisms and from the Bundestag in the case of political groups.

So if there is now to be an increasing number of “proven” coronavirus infections. in China or in Italy: Can anyone say how often such examinations were carried out in previous winters, by whom, for what reason and with which results? When someone claims that something is increasing, he must surely refer to something, that has been observed before.

It can be stunning, when an experienced disease control officer looks at the current turmoil, the panic and the suffering it causes. I’m sure many of those responsible public health officers would probably risk their jobs today, as they did with the “swine flu” back then, if they would follow their experience and oppose the mainstream.

Every winter we have a virus epidemic with thousands of deaths and with millions of infected people even in Germany. And coronaviruses always have their share.
So if the Federal Government wants to do something good, it could learn from epidemiologists in Glasgow and have all clever minds at the RKI observe prospectively (!!!) and watch how the virom of the German population changes from year to year.

Some questions for the evaluation of the current findings:

– Which prospective, standardised monitoring of acute respiratory diseases with or without fever (ILI, ARI) is used for the epidemiological risk assessment of coronavirus infections observed in Wuhan Italy, South Korea, Iran and elsewhere (baseline).

– How do the comparable (!) results of earlier observations differ from those now reported by the WHO? (in China, in Europe, in Italy, in Germany, etc.)

– What would we observe this ARI-season if we would ignore the new PCR-testing?

– How valid and how comparable are the detection methods used with regard to sensitivity, specificity and pathogenetic or prognostic relevance?

– What is the evidence or probability that the observed corona viruses 2019/2020 are more dangerous to public health than previous variants?

– If you find them now, how can you proove, they were not there (e.g. in animals) before.

– What considerations have been made or taken into account to exclude or minimise sources of bias (sources of error)? 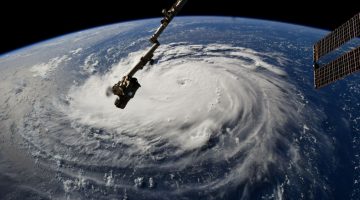