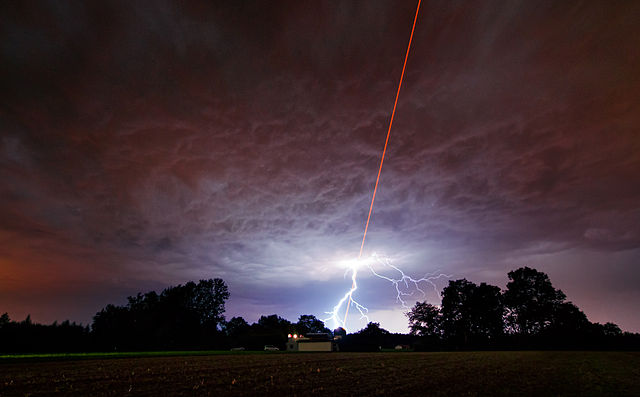 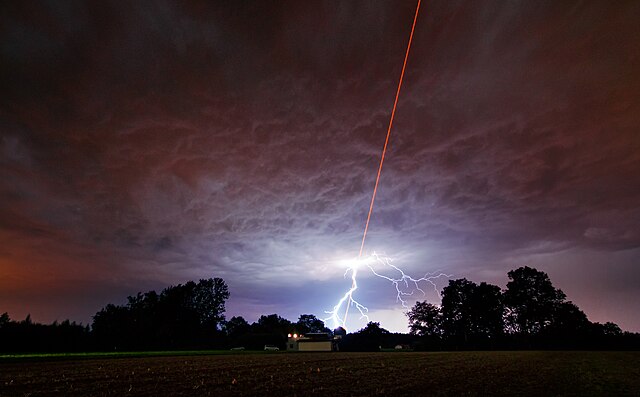 With the right kind of technology, it’s possible.

The Paris climate change accord was signed in December, and while there are hopes we might be able to succeed in keeping Earth’s temperature from rising way too high, many experts are already saying we’ll need to think much more radically if we really want to save the planet. Depending on who you talk to, geoengineering (or “climate hacking” in some circles) might save us all.

And when it comes to geoengineering, there’s one little thing we should be paying special attention to: clouds. The masses of water droplets that float in the sky above us play an essential role in reflecting sunlight back out into space keeping the planet cool and comfortable. So what if we could somehow modify clouds and cause them reflect even more light? Could we save the planet that way?

Maybe. And the key, according to a new study conducted by researchers from Switzerland and Germany, might be lasers. Published in Science Advances, the study shows how the research team built a lab-controlled environment that recreated clouds formed in high-atmosphere conditions (a.k.a. cirrus clouds). Then they zapped those clouds with powerful blasts of lasers.

Here’s where things get really interesting: when the frozen ice particles hanging in those clouds are hit with lasers, an extremely hot plasma forms at the center, crushing into a shockwave that ripples through and breaks the ice particle up. Whatever water vapor is left quickly freezes into smaller ice particles. Smaller ice particles can populate more of the surface area of clouds in a way that allows them to collectively reflect more sunlight than heavier particles can. It sounds like a crazy idea and part of that reason is because we don’t have the laser technology to actually shoot powerful lasers up into the sky and blow frozen crystals in the clouds into smaller fragments. Could the key be a 100-gigawatt laser that also sends spacecraft out to star systems in other light-years? Maybe. (Geoengineers and astrophysics engineers ought to start collaborating more frequently with one-another.)

There’s another obstacle to making an idea like this actually work: geoengineering is sort of an insane solution to climate change. Although we might fix climate change, geoengineering techniques might also exacerbate the problem even further, or lead to some other unintended environmental disaster that threatens the lives of humans and animals around the world. We could very well bring about our destruction sooner than we think by implementing such strange ideas.

Could lasers really bring about the end of our world as we know it? Possibly. Breaking up ice in the clouds could lead to more sunlight being reflected — or it could simply create more heat in the atmosphere that would normally be contained in a frozen solid.

Cooler heads will be necessary to truly evaluate how well a solution like this would work to save the Earth from boiling over.