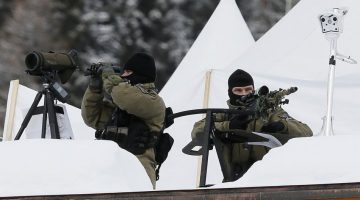 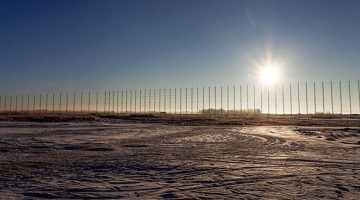 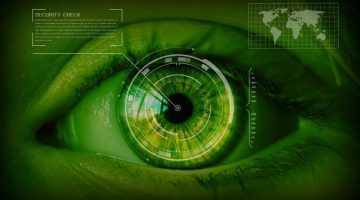 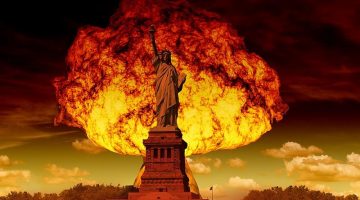 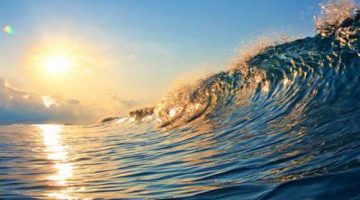 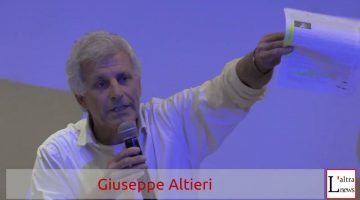 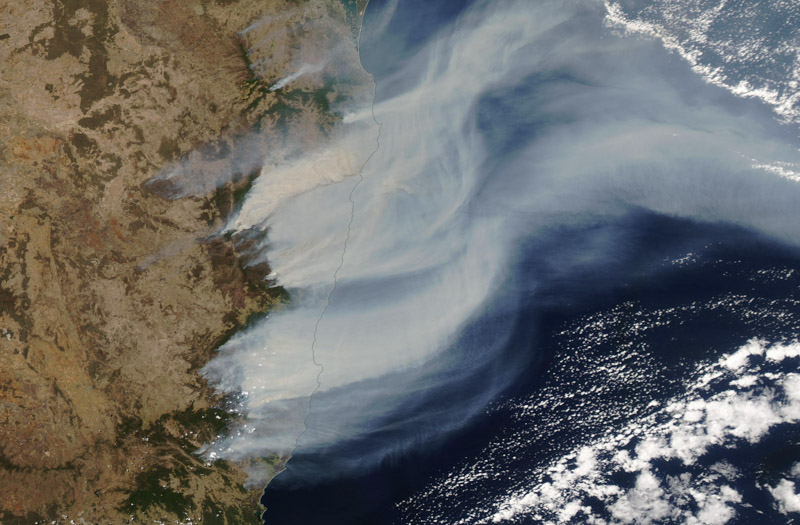 Australia is committed to the Agenda 2030 plan, which advocates for the implementation of radical changes to the central role of ownership rights of land and natural resources over the next decade.

Linking this plan, authorities are currently developing a number of smart city initiatives in direct response, promising locations full of ‘sustainable’ programs that monitor a variety of human activities.

Could it be that current bushfires across the country are part of this plan as well? What is the hidden agenda?

In the following, we explore the Australian bushfire ‘crisis’, including the course of events, weather and geoengineering, CLARA’s high-speed train network proposal and links to the UN-driven smart city agenda.

Before examining the deeper questions behind this narrative, let’s use objectivist logic to take a look at the path that led to these fires taking place and inconsistencies with the official story.

Byron Bay, which is currently being torn apart by fires, was promised $5.85 million for a new fire station in Kingscliff. The funding has yet to arrive.

Many firefighters are currently battling the blazes with bore water, as New South Wales is currently experiencing a severe drought and was already running out of resources before the fires began.

As a result, thousands of residents have been told not to expect help from the NSW Rural Fire Services and were left to evacuate for themselves.

As we have explored previously, natural cycles are a common occurrence in this country, and the temperatures and heat experienced is certainly not a new phenomenon.

Instead, the key point to note is that conditions regularly get so dry that if a variety of bushfires were to start at any point across the country, they would leave a distinct mark and spread quickly — especially if there was no response to contain them.

WHAT’S WITH THE FIRES?

Recent policies over the last few years have also made hazard reduction activities more difficult, including a cut back in back-burning, where authorities identify at-risk areas close to developments and ‘reduce the load’ with controlled burning in preparation for bushfire season.

Not doing so adds more fuel to the fire. Fast forward to today, and there is over 80 fires spreading, all lit at the same time.

As we learn more about the ongoing bushfire ‘crisis’, many mainstream media news reports are now suggesting that most of the fires were intentionally lit.

Most recently, three 12-year-old boys have been “dealt with” under the Young Offenders Act for deliberately lighting bushfires, as blazes ravage the New South Wales South Coast.

Police are currently appealing for information about fires at Moonbi, Berkeley, Balgownie, Turramurra, Katoomba, Morisset and the Royal National Park near Loftus.

There have also been reports of people stealing firefighting equipment, as NSW Police probe several “suspicious” blazes around the state.

Do you really believe this story? Children are responsible for lighting these fires?

Another initial question surrounding the bushfires is related to ongoing abnormal phenomenon in the natural world in anticipation for this mass event, including reductions in rainfall.

On one day, for the first time in Australian history, there was no rainfall at any parts across the country, with the unusual reading leaving the Bureau of Meteorology teams scratching their heads.

“The team can’t comprehensively identify a day in our records where there hasn’t been rain somewhere on continental Australia,” a bureau spokesman said.

At the same time, there were also many ‘strange weather occurrences’ happening at the Queensland/New South Wales border, with ‘echoes’ of metal or plastic fibres being recorded:

Reports also suggested in September that a“rare event” took place 30 kilometres above the South Pole and was expected to impact Australia’s rainfall outlook.

Known as sudden stratospheric warming (SSW), experts predicted just a few months ago that this could deepen the current Australian drought and will effect the skies north of the pole.

Is rainfall being intentionally blocked to bushfire areas? We all know this technology is possible.

For over five decades in Australia, the study of clouds, rain and the atmosphere has been largely hidden from the public, as a secretive network of government agencies and private business interests continue to manipulate the weather around us to their personal benefit.

Geoengineering, or weather manipulation, has now become commonly accepted as the deliberate intervention or large-scale manipulation of the climate system of Earth to counteract ‘global warming’ or to influence the environment.

In Australia, cloud seeding was first trialed in Australia in 1947 when the CSIRO used Royal Australian Air Force aircrafts to drop dry ice into the tops of cumulus clouds.

Following the success of initial trials, CSIRO scientists would continue this work until 1952, soon expanding to include theoretical, laboratory and airborne investigations of cloud structure.

As technological advancements began to take shape, so did the scale of programs and cooperation between countries to advance these techniques in the 20th Century.

One of the largest operations in Australia, compared similarly to HAARP in the United States, is the Jindalee Operational Radar Network (JORN), where BAE Systems will undertake significant upgrades through a $1.2 billion enhancement over the next 10 years.

Hydro Tasmania and Australian Rain Technologies are also usual characters in this field.

In December 2006, the Queensland government announced $7.6 millionin funding for “warm cloud” seeding research to be conducted jointly by the Australian Bureau of Meteorology and the United States National Center for Atmospheric Research.

Weather Modification, Inc.also supported the Queensland Environmental Protection Agency during their 2008 ‘Feasibility Study for the Augmentation of Rain & Air Chemistry Monitoring’ – providing an instrumented aircraft and crew for cloud seeding.

Former Prime Minister Malcolm Turnbull announced in 2007 that $10 million from the Australian Government Water Fund will be given to the investigation of an ‘untried technology’ that aims to trigger rainfall from the atmosphere, even when there are no clouds.

This is where things that getting interesting.

THE RISE OF SMART CITIES

For those who are unaware, the Australian government has committed to a new “Smart Cities Plan”, which sets out the government’s vision for ‘productive and livable cities’ in the near future.

The plan represents a framework for cities policy at the federal level, and it will guide action across various portfolios to deliver ‘sustainable’ outcomes for cities and the people who live in them.

The Smart Cities Plan sets out the Australian government’s vision for our cities, and it includes three pillars: Smart Investment, Smart Policy and Smart Technology.

Coupled with a sophisticated surveillance grid to monitor and control a created environment, a UN-driven desire to make Australian cities more ‘livable and prosperous’ is driving the integration of information technology into city management programs at this very moment:

Smart city initiatives have been instrumental in the development of China’s draconian social credit system, and we have expressed concerns that a similar system will soon reach Australia.

Ultimately, these fragmented projects will develop and connect together to make up the smart city vision, and we are already seeing small examples of this come to light.

But why is this important? And what does it have to do with current Australian bushfires?

The links are clear once you begin to scratch beneath the surface.

Enter the Consolidated Land and Rail Australia company, better known as CLARA, which made a proposal to the Australian government in 2017 for a high-speed rail train line from Brisbane to Melbourne, including a vision of new smart cities to be built along the southern route of the plan.

The consortium is headed by Nick Cleary, and the company has sold bureaucrats and ministers on a vision so large it’s almost eye-watering: a high-speed rail network that would open the way for not one, but eight new cities, each between 200,0000 and 600,000 people, along its route.

“The policy on population has failed because we have failed to overcome the tyranny of distance,” Cleary says. “Between now and 2061 we are going to grow the population by 15 million. Our plan is to build cities at scale connected by high-speed rail.”

According to their official website: “CLARA is Australia’s most ambitious master-planning project: eight compact smart cities across Victoria and NSW connected to Melbourne, Canberra and Sydney by high-speed rail. Liveable, connected and sustainable. Self-sufficient in energy and water use.

The first network of cities worldwide designed around people, not private cars, in 100 years. The first CLARA city is proposed near Shepparton in Victoria’s north.”

It’s a vision to transform the settlement patterns of Australia entrenched for more than 200 years. And all to be achieved by the private sector, with only minimal government involvement.

ASIC searches show a web of companies behind CLARA, and Cleary says there is a separate consortium agreement and “a number of firms that are funding us while we pass milestones”.

Until recently, there have been serious doubts that the project would even get off the ground, after being predicted to cost north of $100 billion to fully clear land and develop infrastructure.

Could there be something going on beneath the surface?

Interestingly enough, Cleary says they have secured crucial land to begin this mass project around the sites of the first two new cities, stating “we have some land in our control around those locations. It’s around those areas, about 10km from Shepparton.” When investigating this, one must ask the question: is it merely a coincidence that this area is one of the locations under serious threat from fires?  http://greatershepparton.com.au/community/emergencies/fire

This is not simply an isolated incident or ‘coincidence’.

On closer examination, many of the current firesalong the east coast correspond to the proposed route for the high-speed rail line andpart of the CLARA proposal, including setting aside land for this development which cannot be used for anything else.

Let’s take a look below at the proposed smart city train line:

Now let’s take a look at the bushfire path across Australia:

Government funding contribution to the CLARA proposal is up to $8,000,000, a fact sheet on high-speed rail says, and in the aftermath of the loss of these fires, both will have a perfect opportunity to snatch up land that is now being cleared (by fires) to make way for the rail line.

Those who have lost property to fires along the proposed rail route will likely not be allowed to rebuild on their land, instead encouraged to rebuild in the areas designated for new smart cities.

In fact, CLARA has already signed agreements with landowners along the proposed route for the high-speed train, which have now lapsed and leave a bitter taste for farmers in the areas.

Could we be seeing the intentional burning of Australia? How is this all ultimately connected?

The significant linkage here is that the government fully admits smart cities are part of Australia’s significant contribution toward achievement of Agenda 2030 ‘Sustainable Development Goal’ 11.

Agenda 2030 will change our economies, our environment and our societies, while reshaping old mindsets, behaviours and patterns of living forever.

Included in the document are Sustainable Development Goals and 169 individual targets, adopted by world leaders in at an historic UN Summit, objectives expected to guide the actions of the international community over a 15-year period (2016-2030).

Many sustainable development targets, such as energy and water, health and wellbeing, gender equality, climate change, resource distribution and more, have already seen many organisations introduce policies and procedures to align with intended goals.

The fire phenomenon we are witnessing is being used to promote climate change hysteria, which has driven the UN to call for an overhaul of world trade systems to begin ‘tackling’ these issues.

IS CLIMATE CHANGE A TOOL TO ELIMINATE DEMOCRACY? 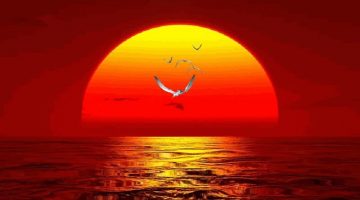 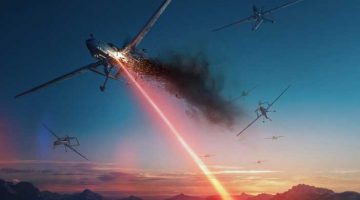