VATICAN SEMINAR ON THE GOVERNANCE OF GEOENGINEERING 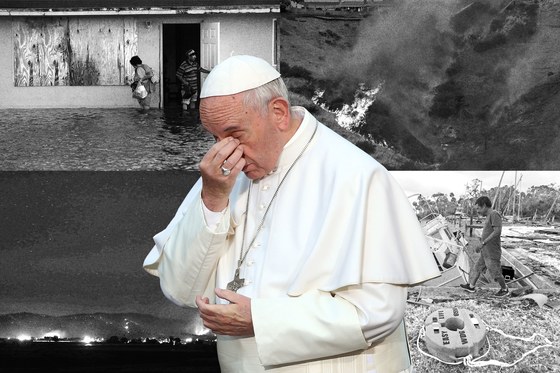 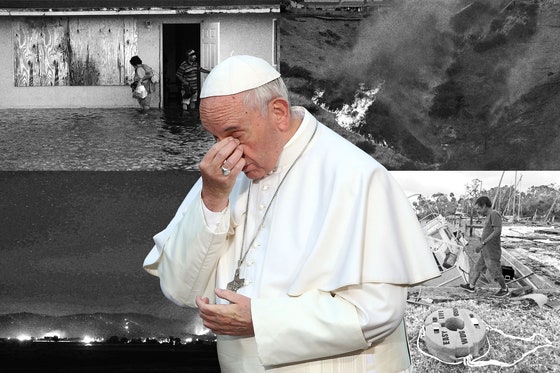 A seminar on climate geoengineering recently took place in the Vatican.

Why would the Vatican be interested in such a controversial concept? To understand, we should step back and remind ourselves what has happened recently on the global climate agenda.

In June 2015, the Pope released his landmark Encyclical Laudato si’, which described climate as “a common good, belonging to all and meant for all. At the global level, it is a complex system linked to many of the essential conditions for human life”.

That September, the UN adopted 17 Sustainable Development Goals, including SDG 13 which calls for “urgent action to combat climate change and its impacts”.

In December of the same year, the historic Paris Agreement achieved what Pope Francis described as “a consensus on the need to implement a shared strategy to combat one of the most alarming phenomena that our humanity is experiencing: climate change”. (Pope Francis, Message to the COP 23 Bonn, November 2017).

And last November, UNESCO adopted an inspiring Declaration of Ethical Principles in relation to Climate Change.

These are significant achievements. However, according to the U.N. Environment’s Emissions Gap Report 2017[1] global greenhouse gas emissions continue to rise. Current international efforts to combat climate change are woefully insufficient to keep within the 1.5- 2 degrees Celsius temperature rise goal stated in the Paris Agreement. It is in this context that scientists are developing new technologies, including carbon dioxide removals and solar radiation management, which potentially could be used in addition to mitigation and adaptation to reduce negative climate impacts.

But what risks do these technologies pose, and what potential benefits might they offer? What ethical, diplomatic, economic and governance concerns do they raise? And how should these concerns be addressed?

These are questions of profound interest to the Church. To help answer them, a geoengineering seminar was hosted in late 2017 by the Dicastery for Promoting Integral Human Development.

This is a new Dicastery (the Vatican word for Ministry), which Pope Francis established in 2016, in the light of the Gospel and in the tradition of the Church’s social teachings, to express the Holy Father’s care for suffering humanity.

Active since January 2017, it “encourages and coordinates initiatives of Catholic institutions committed to respecting the dignity of every person (…) and to helping people in need, especially those institutions that help respond to the most pressing needs including disaster relief”.

To fulfil its assignments, the Dicastery “collects information and research in the areas of justice and peace, the development of peoples (…) It evaluates these data and informs the episcopal agencies of the conclusions drawn, so that they may intervene directly where appropriate”.

The seminar, which was organized by the Carnegie Climate Geoengineering Governance Initiative (C2G2), included presentations by leading scientists from the Institute for Advanced Sustainability Studies and Climate Interactive as well as humanitarian experts from the Red Cross Red Crescent Climate Centre. They explained the basics of geoengineering, what challenges it represents for governance at planetary level, and what impacts it might have on human development: especially the “integral” approach that Pope Francis described in his Encyclical Laudato si’.

Participants gathered by the Dicastery included scientists, academicians, and representatives of several religious congregations or Catholic NGOs from different countries.

Geoengineering touches on deeply held notions of humanity’s proper relationship to nature and raises many questions. We need to consider moral hazard and the precautionary principle; governance; intergenerational justice; human rights; solidarity with, and care for, the poor and most vulnerable; and care for our common home, the planet.

Faith communities, with their values-based approach, as well as philosophers, social scientists and lawyers, will have to enter into the debate.

Imagine, in the not-distant future, that one single State started the dispersal of aerosols in the atmosphere as a means of solar radiation management. This is a terrifying idea. Who has the necessary wisdom and the necessary scientific knowledge to take such a momentous decision? Who has the right to do so? Who will decide about the “quantity” (optimal desired impact on the temperature), or bear the responsibility for unintended negative consequences?

A focus on ethics helps to understand what is at stake, and which core values are needed to guide a response.

According to the participants gathered by the Dicastery, we must ensure that attention, funding and research in geoengineering does not divert from progress in the sustainable, inclusive and integral development needed for our societies and our common home.

Some argued that proposed geoengineering technologies are a way of “continuing business as usual”. They view its  supporters as preferring to “address symptoms” in a risky and unpredictable way by maintaining unsustainable and often unequitable patterns of production and consumption and perpetuating the “technocratic paradigm” denounced by Pope Francis, instead of addressing the roots of the problems.

This reliance on a technological fix was addressed in Laudato si’: “Technology, which, linked to business interests, is presented as the only way of solving these problems, in fact proves incapable of seeing the mysterious network of relations between things and so sometimes solves one problem only to create others”.

As Pope Francis wrote in the Encyclical, there is an “inseparable” bond between “concern for nature, justice for the poor, and commitment to society, and interior peace”.

In any decisions we may take about geoengineering, we must take all these concerns into equal account.

About the authors:  Cynthia Scharf is Senior Strategy Director at the Carnegie Climate Geoengineering Governance (C2G2) Initiative; Pablo Suarez is Associate Director for Research and Innovation at the Red Cross Red Crescent Climate Centre; Tebaldo Vinciguerra is an Official of the Dicastery for Promoting Integral Human Development at the Vatican.