SIPLE STATION -THE FATHER OF HAARP? 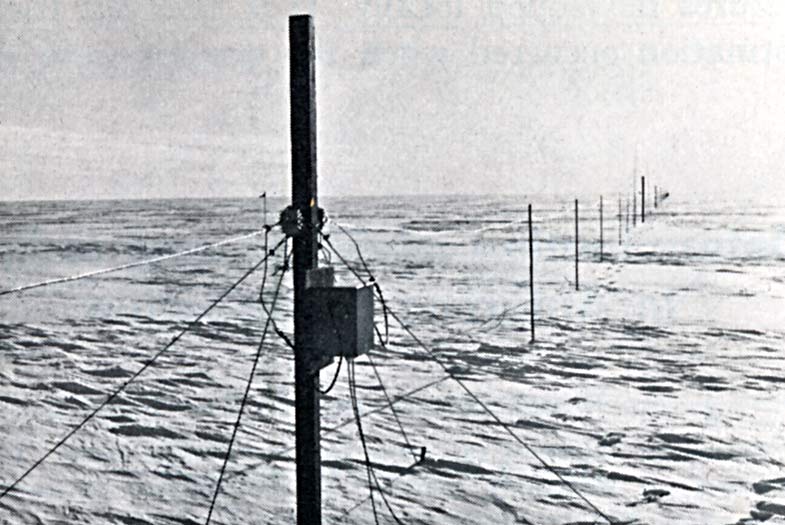 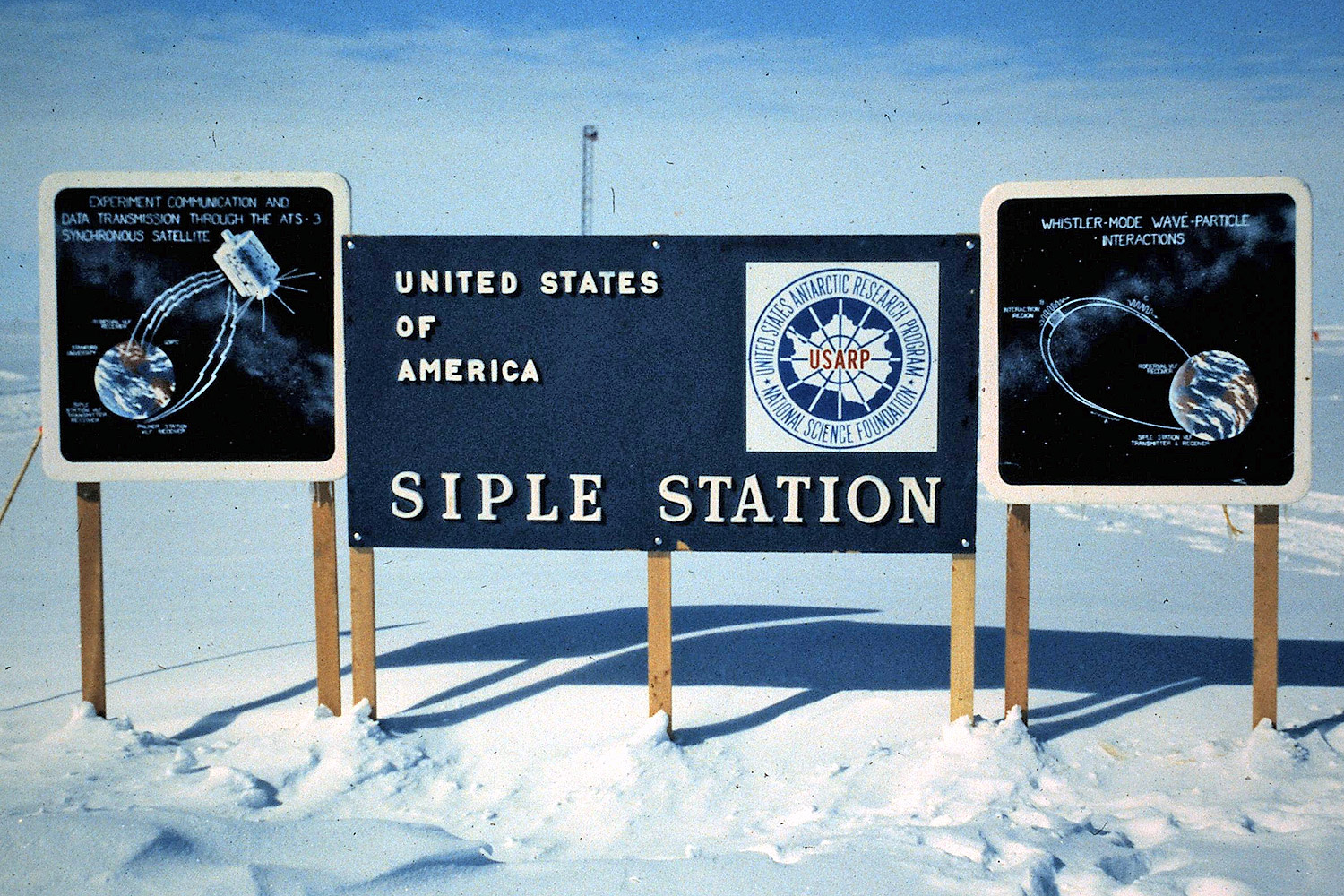 The station was first established at 76ºS-84ºW as a summer station on 3 December 1969, in support of Stanford University studies of the magnetospheric and ionospheric properties of the plasmasphere (Wikipedia reference), using VLF signals to excite signal propagation paths.

The first season of the then-summer station saw the erection of the Jamesway seen in the above and left photos, a power plant hut (seen in front of the Jamesway in the photo at left), and an 8,000 foot VLF antenna, which was a prototype to test design data for the planned 13-mile antenna, including its mechanical strength and its capability to continually raise the antenna to keep it above the snow surface. Several other antennas were constructed, including one to record the polarization angle of the ATS-3 satellite (by 1977, that satellite was being used for telephone calls to the US by Siple and Palmer stations–I don’t know when the phone capability was initiated). In addition to the ground-based radio projects, a team from the University of California, Berkeley visited and launched two balloons to measure upper atmosphere electric fields for comparison with the data collected by the surface antennas.

At right, the northern leg of the 8000-foot elevated dipole antenna as seen from the center feed point. Siple Station was closed on 16 January 1970.

In 1970-71, construction of the rest of the 13-mile antenna would begin (it would be finished the following season). Meanwhile, the first phase of the permanent Siple Station construction began…at McMurdo. The modules to be used at Siple 1 were retrograded from Byrd Longwire for rehab. Byrd Longwire had been constructed in 1965-66 as an outpost 15 miles from Byrd Station for VLF studies. It featured a 21-mile VLF antenna and a 10-mile dipole antenna for research by the University of Washington. It also featured the first USARP modules procured from the Alberta Trailer Company (aka ATCO). The modules were retrograded in January 1971 after a month of VLF research there by Irene Peden, the first woman to conduct research in the Antarctic interior.

Construction of the 13-mile Siple VHF antenna was started in 1970-71 and finished in 1971-72. The new Wonder Arch was also completed and enclosed in 1971-72. The station permanent structures were completed in 1972-73, in time for the first winter in 1973, as documented by friend Bill Trabucco’s May-June 1974 Antarctic Journal article.

Back to 1968-69, at left is a photo of the American, California, and Stanford University flags on an antenna tower at Siple. The three photos seen or linked on this page are from the July-August 1970 Antarctic Journal. The Stanford team members who occupied the station in 1969-70 were Steven T. Andrews, Michael D. Cousins, John P. Katsufrakis (the principal investigator), Ronald C. Serlin, and Jan C. Siren.

The HAARP program began in 1990

Background of the HAARP ProjecT by Dr.Rosalie Bertell 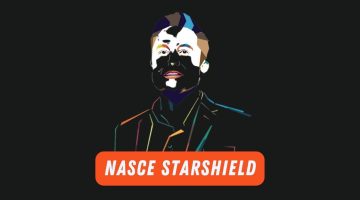