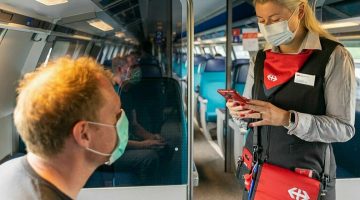 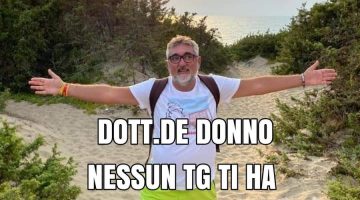 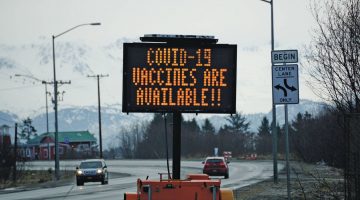 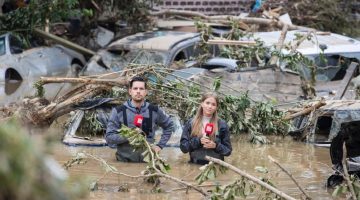 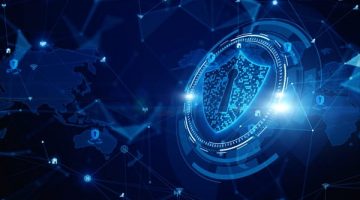 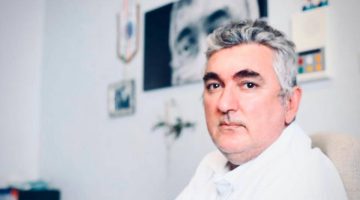 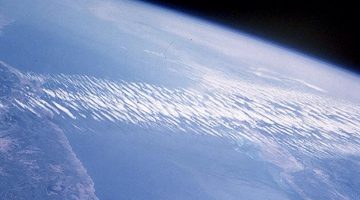 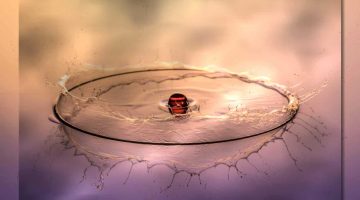 GRETA IS BACK, AND GEOENGEERING TOO. WHO SHOULD GOVERN SOLAR GEOENGINEERING? 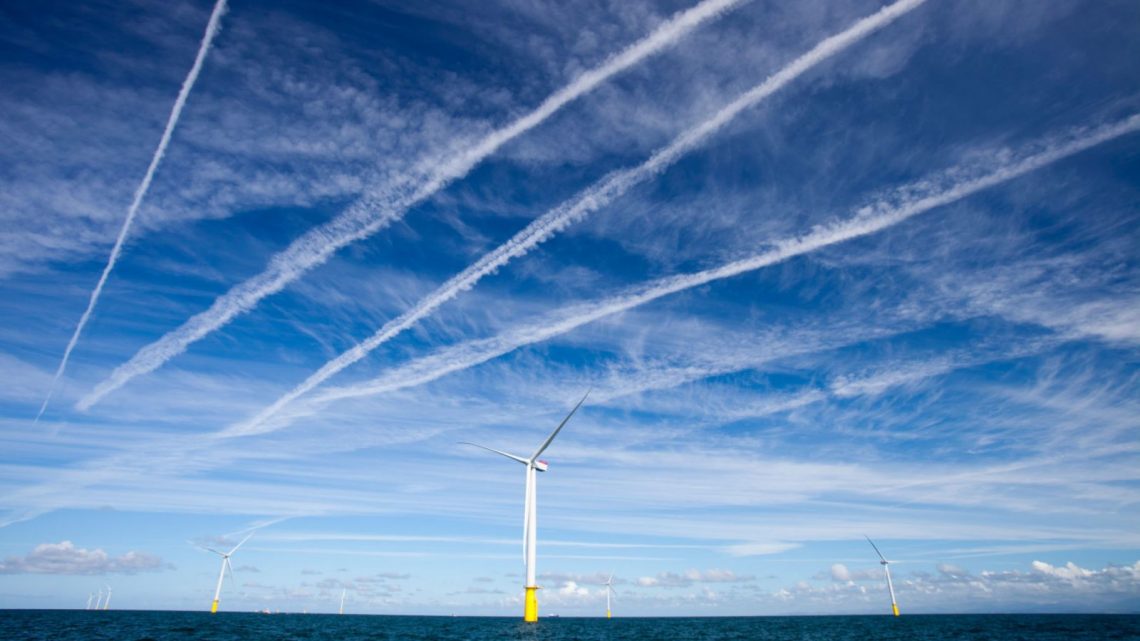 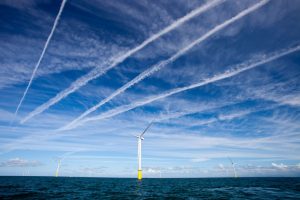 “The climate and ecological crisis cannot be solved within today’s political and economic systems”, Greta Thunberg argues. “That isn’t an opinion. That’s a fact.” The positive that could come out of the coronavirus pandemic would be if it changes how we deal with global crises: “It shows that in a crisis, you act, and you act with necessary force.” She says she is encouraged that politicians are now stressing the importance of listening to scientists and experts. (BBC.com ) SHOULD WE LISTEN TO THESE EXPERTS?

We are living in the so-called information age, and those who actually know how to inform themselves have noticed a cognitive dissonance in all directions. For years now we may have observed this, especially in the field of so-called geoengineering, which has been going on for tens of years, but it is denied, and so the reality is experienced as what the media suggest to us. The current global pandemic experience crowns this way of reality making.

Who should govern solar geoengineering?

Solar geoengineering might be able to mask some aspects of global warming but it also has the potential to create a new world of geopolitical pain. If one country experiments with its sky, what are the rules of engagement? If the experiment ends up affecting the crops of another country, who should be the arbiter? No existing supranational body lends itself to the role of overseer.

Most proposed technologies are still in their infancy. But with a number of experiments currently in the pipeline there is an urgent need to fill a glaring gap in who should oversee solar geoengineering, or where nations should even discuss its use.

“There is definitely not sufficient governance,” says Linda Schneider, a climate policy expert at the Heinrich Böll Foundation. “It’s certainly not an easy question of where geoengineering could best be governed in its entirety.”

Solar geoengineering is a range of hypothetical techniques capable of increasing the reflection of sunlight before it warms the Earth.

Stratospheric aerosol injection, the most prominent proposal, aims to mimic the effects of a volcano by injecting sulphate particles into the stratosphere to reflect some incoming sunlight. Marine cloud brightening, another technique, aims to increase the reflectivity of marine clouds by introducing more cloud-forming particles. Neither technology has yet been proven to work. Harvard University plans a small-scale stratospheric aerosol injection experiment in Sweden this year using a high-altitude balloon, although just this week the Swedish Space Corporation announced it had decided not to conduct the test. Australia, meanwhile, is pursuing a cloud-brightening project to better understand if it could be used to protect the Great Barrier Reef. Neither are wide-scale deployments.

Critics have long warned against the potentially devastating impacts – and politically fraught decisions – that solar geoengineering could entail. The strategy by no means addresses all the impacts of climate change: for example, ocean acidification caused by excess CO2 would still continue.

There is the so-called “moral hazard” concern that a focus on geoengineering will reduce the imperative to cut emissions in the first place, and take up resources that could have been used to do so.

Then there is the risk of “termination shock”. For example, aerosols released into the stratosphere via balloons or aeroplanes would only remain there for a limited time before gravity takes effect. If deployment is abruptly stopped for some reason, temperatures would rise rapidly. Jesse Reynolds, fellow at University of California, Los Angeles, says the easiest way to prevent termination shock is to have multiple, secure systems operating via different methods and institutions.

Solar geoengineering could also impact food production and the hydrological cycle, says Paulo Artaxo, a professor of environmental physics at the University of São Paulo. The distribution of aerosol particles would not be even across the world, leading to differing radiation between regions and changed atmospheric circulation across the planet. It could potentially cause acid rain, and damage the ozone layer. And more locally targeted measure such as marine cloud brightening could also affect regional weather systems.

The geopolitical risks are major. States could react aggressively to other countries carrying out solar geoengineering without an international consensus. A country could in theory unilaterally decide to deploy it, as Kim Stanley Robinson portrays India doing, after a catastrophic heatwave, in his recent novel The Ministry of The Future.

Some experts argue even small-scale experiments should have to wait until a robust, international governance mechanism is in place, or should be banned completely. For example, in February, Swedish groups including Saami people’s organisations wrote an open letter to the Advisory Board of Harvard’s SCoPEx, noting both the “risks of catastrophic consequences” of solar aerosol injection and the project’s “serious problems in terms of governance and decision-making”. It was in response to these and other concerns that Sweden’s space agency recently cancelled the test flight planned for the summer.

There has been limited focus so far on developing this governance. A decision adopted back in 2010 by the Convention on Biological Diversity asked states to refrain from deploying solar geoengineering that might affect biodiversity and called for a transparent and democratic global governance mechanism.

“There’s a lot of debate about the legal status of this decision, but from our perspective it is a de facto moratorium,” says Schneider.

Researchers have tried to begin to fill this governance gap. For example, the influential set of five “Oxford Principles” includes public participation, governance before deployment and independent impact assessment. Meanwhile, the US National Academies of Sciences, Engineering, and Medicine last week came out in favour of a US solar geoengineering research program, saying this should “aim to enhance policymakers’ understanding of climate response options”. However, this research “should not be designed to advance future deployment of these interventions”, it said.

In the absence of an international body, deciding who would have decision-making power, and where they would negotiate, is extremely challenging. International rules are almost entirely consent based, says Reynolds.

The closest to a supranational body that could adequately deal with the issues is the United Nations Framework Convention on Climate Change (UNFCCC). But it has so far largely avoided the topic, and it’s not clear its remit could cover the area robustly enough. “Discussing it there may interfere with already contentious international discussions about reducing and eventually eliminating greenhouse gas emissions,” says Reynolds.

A resolution proposed by Switzerland at the UN Environment Assembly (UNEA) in 2019 asked the UN Environment Programme (UNEP) to assess the methods and evidence of solar geoengineering and outline possible future governance, but it failed to pass. The UNEA was “a useful place to start” since it has a broader environmental impact perspective than the UNFCCC and geoengineering has so many risks not necessarily linked to climate, says Schneider, pointing to concerns over the potential militarisation of some technologies. Others have pushed for the Intergovernmental Panel on Climate Change (IPCC) to produce a special report on solar geoengineering.

Governance could feasibly be debated at the UN Security Council but the council is dominated by nuclear powers so 196 nations would be left without a voice, says Artaxo of the University of São Paulo. The Overseas Development Institute (ODI), among others, has warned about the implications of a possible “emergency” intervention being made by the council or another body which lacks the technical expertise, representation and mandate to take such “potentially irreversible planetary-level decisions”.

Schneider says one solution would be to establish an entirely new body for solar geoengineering governance, potentially using a similar governance mechanism as the London Convention and Protocol does for marine waste and other pollution.

The UN General Assembly should set up a new, fully representative body to analyse the scientific issues, with the power to authorise specific geoengineering experiments, says Artaxo of the University of São Paulo. “In a second stage, if any of the techniques proved safe and effective, then it [could] start discussion on implementation,” he says. “But of course, it’s very, very early to discuss any implementation issues.”

Reynolds argues that aiming too high, such as by establishing a decision-making body that could prohibit solar geoengineering outside of its authority, runs the risk of powerful countries such as the US, China or India simply refusing to sign up. “A model along the lines of the International Monetary Fund (IMF), which offers a forum for information exchange, the development of best practices, a response to emergencies and some degree of policy coordination would be more of an “optimal middle,” he says.

If, for instance, the hydrological cycle over India completely messed up, who will pay for the damage to the Indian continent?

Paulo Artaxo, a professor of environmental physics at the University of São Paulo

It is crucial that any scientific research into solar geoengineering involves developing countries, says Artaxo. In a 2018 comment piece in Nature, Artaxo and others outlined how developing nations are being side-lined when it comes to solar geoengineering research and debates, despite often being the countries with most to gain or lose. “It is right, politically and morally, for the Global South to have a central role in solar-geoengineering research, discussion and evaluation,” they wrote.

The ODI report from 2017 emphasised the need for more support for developing countries to assess the costs and benefits of geoengineering, including the potential for unintended consequences. They also need support to strengthen the capacity to measure impacts within their borders – tricky to do in the absence of baseline atmospheric measurements.

One group trying to expand the scope of governance of solar geoengineering research is the Solar Management Governance Initiative (SRMGI), which aims to build the capacity of developing countries to evaluate the practice. The body arranges outreach meetings with local partners, while its Decimals fund provides grants to scientists in the Global South modelling how solar geoengineering could affect their regions.

There are also important questions on liability to be addressed here, adds Artaxo. “If, for instance, the hydrological cycle over India completely messed up, who will pay for the damage to the Indian continent?” Other academics have suggested countries losing out to solar engineering deployment could be compensated using insurance or international law, but this could pose serious challenges given the issues already seen on delivering climate finance.

For now, governance of solar geoengineering research and potential deployment remains in its infancy, but with ongoing experiments and the absence of sufficient emissions reductions, it’s a debate which is likely only to grow.

Over 70 years ago global powers committed the planet and populations to weather- and climate engineering experiments. The intentional dimming of direct sunlight by aircraft dispersed particles, a form of global warming mitigation known as “Solar Radiation Management”, has and is causing catastrophic damage to the planet’s life support systems and human health. What are the consequences of conducting these programs? Why aren’t scientists or official sources disclosing the ongoing weather- and climate-engineering operations? Who is responsible for carrying out these programs?
“The Dimming”, a groundbreaking documentary will provide answers and proof.

WORSE THAN THE DISEASE? COVID VACCINE MAY BRING AVALANCHE OF NEUROLOGICAL DISEASE 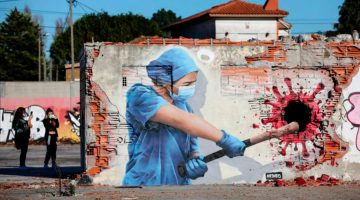