Can cirrus cloud seeding help to “save” the climate?

Cirrus clouds look like giant feathers wandering around the blue sky; In fact, they consist of numerous tiny ice crystals. They form in our latitudes at heights of 5-13 km, where temperatures can be as low as -70°C. Although they may seem light as a feather and translucent, these clouds contribute to the greenhouse warming effect of Earth’s atmosphere. This is because incoming short-wave solar radiation easily passes through the thin cirrus clouds, while they block a large fraction of outgoing long-wave terrestrial radiation.

The interaction of cirrus clouds with radiation is a complex one, which depends on the concentration of ice crystals, their size, as well as on properties such as the temperature of the cloud and the underlying surface, and solar insolation.  Model calculations indicate their radiative effect accounts for about 5 Watts per square meter in global average. “Were one to eliminate all cirrus clouds, that would immediately counteract a CO2 doubling which adds a ‘warming’ impact of 3.7 Watts per square meter”, says atmospheric physicist Ulrike Lohmann of ETH Zurich. This is what makes cirrus clouds a potential target for geoengineering methods.

An ideal geoengineering scheme would dissolve the cirrus clouds completely or prevent their formation in the first place. This, however, is not possible. Nevertheless, their radiative effects could be reduced by seeding them with some very effective ice nucleating particles. These ice nucleating particles are thought to decrease the number of ice crystals in the cirrus cloud and make the remaining ones larger. This would allow more long-wave radiation to escape to space, decreasing their warming impact on climate. The effectiveness of such measures has now been investigated by Lohmann and her graduate student Blaž Gasparini using simulations with the ECHAM6-HAM global climate model on the CSCS supercomputer ‘Piz Daint’.

To date there exists only three studies on this topic, says Lohmann. These offer some hope that the radiation effect induced by cirrus clouds could be cut by 2 watts per square metre – which is to say, up to 40 percent of their estimated overall effect. However, the simulations by Gasparini and Lohmann on the CSCS supercomputer ‘Piz Daint’ paint a less optimistic picture. Their simulations show that only a small fraction of cirrus clouds has been formed homogeneously and is therefore susceptible to artificial seeding. Furthermore, it was found that more cirrus clouds formed under the influence of artificial ice nucleating particles and, rather than increasing, the diameter of their ice crystals actually decreased. Their conclusions show no significant effects of cirrus cloud seeding on climate.

Gasparini and Lohmann note that their model predicts more heterogeneously formed cirrus clouds, and also a larger radiative warming effect from remnants of thunderstorm clouds, compared to previous studies. These so-called anvil cirrus clouds, say the researchers, have similar radiative effects to locally-formed cirrus clouds but cannot be influenced by introduction of artificial ice nucleating particles in these altitudes. Due to the lack of studies as well as the uncertain data available on the global distribution of cirrus clouds, Lohmann admits that the results currently obtained in this area are contradictory and will remain so for the time being. The researchers advocate for better observational data of the properties of cirrus clouds and ice crystal formation mechanisms to improve their computer models and strengthen the results of their modelling.

The net warming effect of cirrus clouds has driven part of the geoengineering research toward the idea of decreasing their occurrence frequency by seeding them with efficient ice nucleating particles. We study responses of cirrus clouds to simplified global seeding strategies in terms of their radiative fluxes with the help of the ECHAM-HAM general circulation model. Our cirrus scheme takes into account the competition between homogeneous and heterogeneous freezing, preexisting ice crystals, and the full spectrum of updraft velocities. While we find that the cirrus cloud radiative effect evaluated from our model is positive and large enough (5.7 W/m2) to confirm their geoengineering potential, none of the seeding strategies achieves a significant cooling due to complex microphysical mechanisms limiting their climatic responses. After globally uniform seeding is applied, we observe an increase in cirrus cloud cover, a decrease in ice crystal number concentration, and a decrease in ice crystal radius. An analysis of their respective radiative contributions points to the ice crystal radius decrease as the main factor limiting seeding effectiveness. 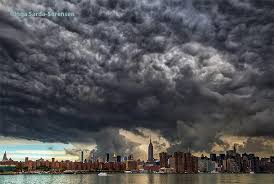 Whether anthropogenic climate change began over 8,000 years ago or within the last few centuries, our inadvertent experiment in climate geoengineering is now not only discernible in its effects, but is also providing major challenges for ourselves and future generations

Whatever action we take, from managing greenhouse gas emissions to active solar radiation management, it will have climate consequences. It’s therefore appropriate to ask two fundamental questions related to climate as a context for current and future actions:

1. What is or would be ‘natural’ climate, without human interference?

Submit an Abstract to this Session

The 1991 eruption of Pinatubo Volcano in the Philippines was one of the largest volcanic eruptions of the 20th Century and spawned research in many disciplines.For example, in the 25 years since the eruption, volcanologists substantially improved understanding of how strain, magmatic gases, and groundwater produce the distinctive patterns of unrest that foretold Pinatubo’s eruption.Atmospheric scientists discovered that winter warming (a forced positive mode of the Arctic Oscillation) follows large, sulfate-rich tropical explosive eruptions, that volcanic eruptions increase the probability of an El Niño in the following year and affect the Atlantic Multidecadal Oscillation, and they have quantified the effects of volcanic aerosols on ozone depletion.On its 25th anniversary, we invite papers that emphasize new
insights arising from the Pinatubo eruption and its aftermath, in volcanology, volcano-seismology, geochemistry, fluvial and watershed processes, plume transport, effects on ozone, radiative forcing, and climate response.