THE GROWING INDUSTRY OF CLOUD SEEDING 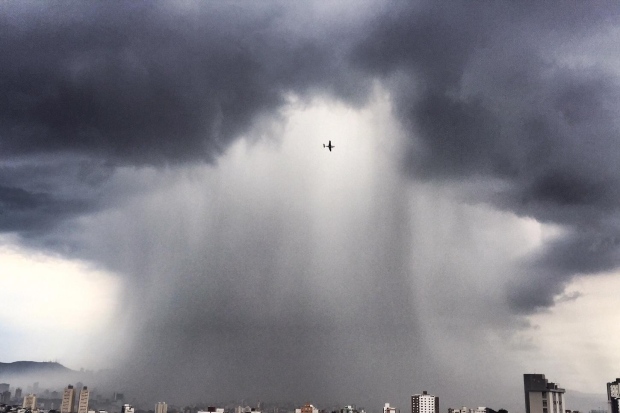 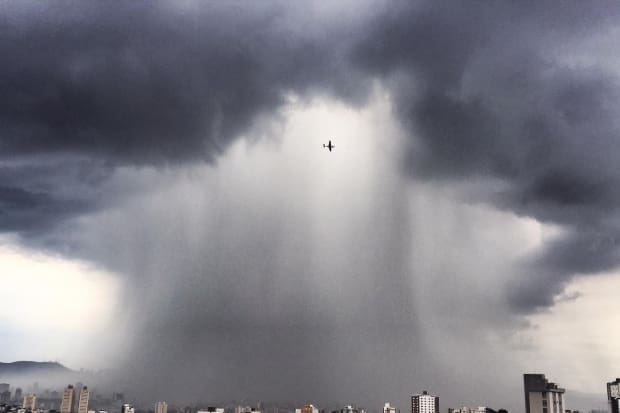 Susette has a Masters degree in Sustainable Development. She leads her local Green Council and writes for The Sustainable Business Review.

There is an unobtrusive industry growing in controversy that has powerful potential for environmental health and public well being world wide. This is the industry of cloud seeding – making it rain where it normally does not or at a time when it normally would not. Although humans have been affecting weather patterns for millenia with the way we’ve cut down forests and with uncontrolled growth of cities, this is the first time we know of that an actual industry has developed to change the weather directly.

Cloud seeding is widespread and growing, with some 150 ongoing projects counted worldwide in 2012 (according to the government of Australia). Unregulated, the industry could be inadvertently (or deliberately) destructive, but some dangers have already been experienced, and government and international agencies are watching carefully. Some restrictive legislation has already been passed. There are cases in US courts that will help define limits further. Careful testing on public health is already being carried out. It remains to be seen what more will be needed as this emerging industry grows.

Texas has been cloud seeding for more than 50 years. In the video the announcer states that the silver iodide used in cloud seeding has been proven safe, which is not exactly true. There is no strong evidence that it causes harm yet, but testing continues. Meanwhile, there is speculation that cloud seeding exacerbates droughts by removing the “seed moisture” needed for the next batch (like making sourdough bread or kombucha tea).

Looking from a project point of view, here are several sample projects that show the value of cloud seeding to enhance the water cycle:

Desert Research Institute, based in Reno, Nevada runs a wintertime research program that is renowned worldwide. They were established in the 1970s, when they pioneered the development of modern generators and equipment. By 2009 they had 300 research projects operating on several continents, and had helped establish similar research institutes in 25 countries to study the effects of cloud seeding.

Metropolitan Water District of Southern California – This major water supplier has been financing water districts in Colorado for several years to increase snow pack in the Colorado Mountains. The end result has been an increase of water flowing down the Colorado River, from which Southern California draws 1/3 of its water supply. The project benefits MWD’s customer water districts and neighboring states who also draw from the Colorado River, and who also contribute money to the project.

The Government of India – The government is experimenting with seeding clouds on the leeward (rain shadow) side of mountains during the monsoon season. As a cloud is blown across the land by wind, it is caught by cold mountains, where it drops some of its rain or snow. The rest is blown over the mountain to the leeward side, where it usually dissipates in the warmer air. The government is hiring aircraft with specialized instruments from South Africa and Israel to seed these clouds before they evaporate completely.

Government of China – China has the biggest ongoing cloud seeding program of any country in the world, spending about $90 million per year to increase rainfall throughout the country for farmers, and clear the air of pollutants over major cities. In 2007 they started “selling clouds” to private companies holding outdoor events, who wanted to seed for fresh air. In 2012 the government developed plans to expand the program yet further to seed drought-ridden areas across the Qilian and Tian Shan Mountains.

In addition to governments and their contractors, there are numerous private companies supporting the industry. These include raw materials and equipment suppliers, service providers like mechanics and meteorologists, researchers like universities and government agencies, and financiers who pay for experimental runs. Here are some examples of supporting companies.

Seeding Media – The most common seeding medium used is silver iodide, often mixed with indium trioxide. Other media used, depending on weather conditions, are liquid and frozen carbon dioxide (dry ice), liquid propane, and sea salt. Sulfur hexaflouride is often used as a tracer ahead of time to determine in what direction and how fast the air might be moving.

Applicators – Applicators come in the form of hollow metal attachments to the wings of aircraft, ground-based generators that shoot media upward, or canisters that shoot liquid through a ground vehicle or aircraft’s exhaust. Ice Crystal Engineering is one company that makes flares (applicators) for aerial application of silver iodide. (Silver iodide needs to be burned in order to stabilize its structure for cloud seeding.)

Training – The University of North Dakota has a training program for young pilots to learn how to seed clouds as part of the university’s accredited weather modification program. By the end of 2012 they had trained over 325 pilots. North Dakota started seeding in the 1950s, primarily to reduce the size of hail in hailstorms.

On the surface of it, cloud seeding appears to satisfy a number of public needs, but it does not come without a cost. One of the concerns is the cumulative public health and environmental effects of the types of chemicals used in the process. Another is the potential danger of taking rain away from an area that might need it more, or drying the air faster than it’s able to rehumidify, resulting in subsequent years of droughts and/or fires (which seems to be happening in Texas right now). Yet a third is the potential for creating floods, either from seeding too much or from strong winds that carry seeded clouds further than expected. Some of these concerns are being addressed already. Others are yet to come.