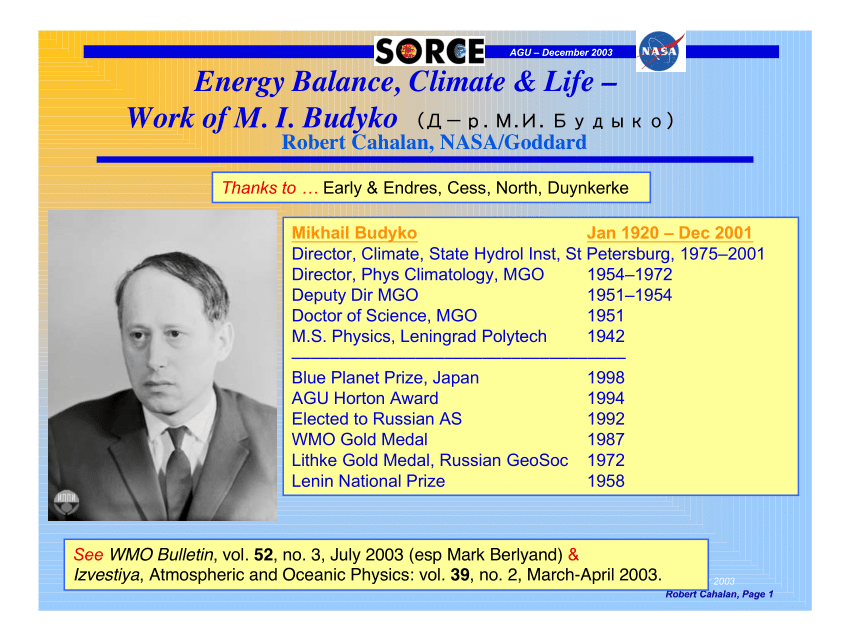 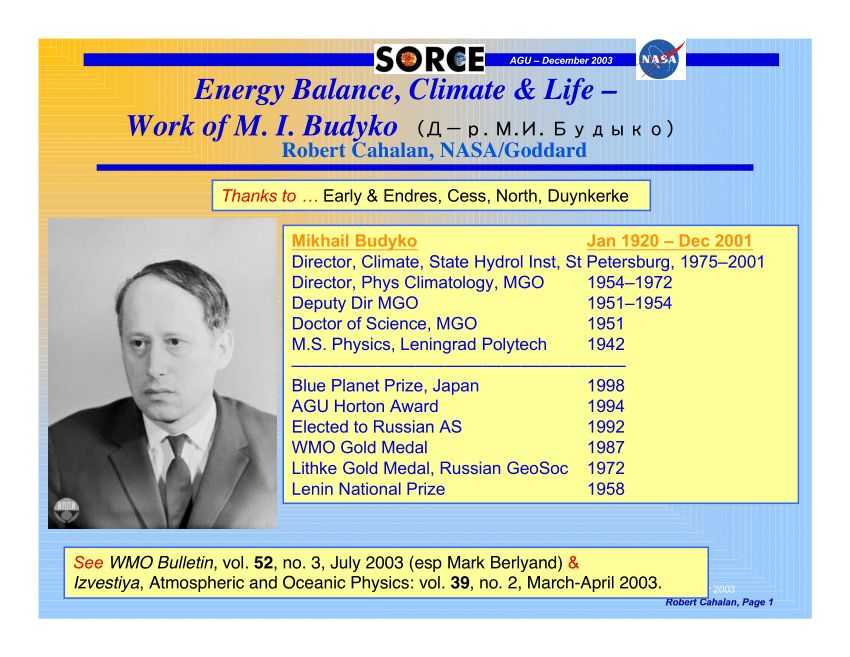 In 1956, an international conference of the Committee on Climatology of the World Meteorological Organization (WMO) was held in Washington D.C. Attending was Russian scientist Mikhail Budyko who presented an English-language summary of his energy-mass balance theory for the earth’s surface. Budyko’s work was translated into the book ‘The Heat Balance of the Earth’s Surface,’ Washington, 1958. The WMO logo is on all UN IPCC reports starting in 1990.

Focusing on (2); the energy consumed by man is converted to heat. Budyko says, “only hydro-energy and the energy contained in wood and agricultural products are part of the transformed energy of solar radiation annually absorbed by the earth. The expenditure of these kinds of energy does not change the earth’s heat budget and does not cause additional heating.”

Budyko then says, “The energy obtained from the burning of coal, oil and natural gas, and nuclear energy are sources of heat that are not related to the transformation of solar radiation energy in the present epoch.” Electricity generated from nuclear fuels or fossil fuels causes additional heating not related to the annual transformation of solar radiation energy – hence change the earth’s heat budget and contributes to global heating.

The idea of geoengineering has been around in earnest since the 1950s and 60s.

The two major players were the USA and the USSR, both of whom sought to control the climate, often for military reasons (Keith, 2000).

The Soviet Union considered climate-control to be one of “the most urgent problems of Soviet science” (Keith, 2000), and proposed many solutions akin to those being proposed today. These included cloud seeding and using aerosols in the atmosphere to change climate patterns both in northern Russia and at the equator. The US similarly experimented with cloud seeding in the 1950s, and during the Vietnam war used cloud seeding to achieve their military goals. This led to an international treaty prohibiting the use of “Environmental Modification Techniques” (Keith, 2000) for hostile goals.

After this era, geoengineering was often seen in a negative light, and it wasn’t until the 1990s that the mainstream scientific community considered the idea again. Research showed that the current levels of carbon dioxide could take 1,000 years to dissipate, and interest in alternate solutions began to peak. Even when geoengineering reappeared in mainstream publications, few scientists were willing to put their career on the line to research geoengineering schemes. Geoengineering was not included in reports on anthropogenic climate change, such as those by the Intergovernmental Panel on Climate Change, until the past several years…

Robock et al. (2009) suggests planes such as the KC-135 Stratotanker or the KC-10 Extender, both of which have a large payload and can be operated continuously. A large fleet of these craft would be available at a minimal additional cost because they are currently used in the military. Another aspect of the experiment that needs to be considered is the method of sulfur dispersal. Budyko (1977) originally suggested adding sulfur to plane fuel… SOURCE 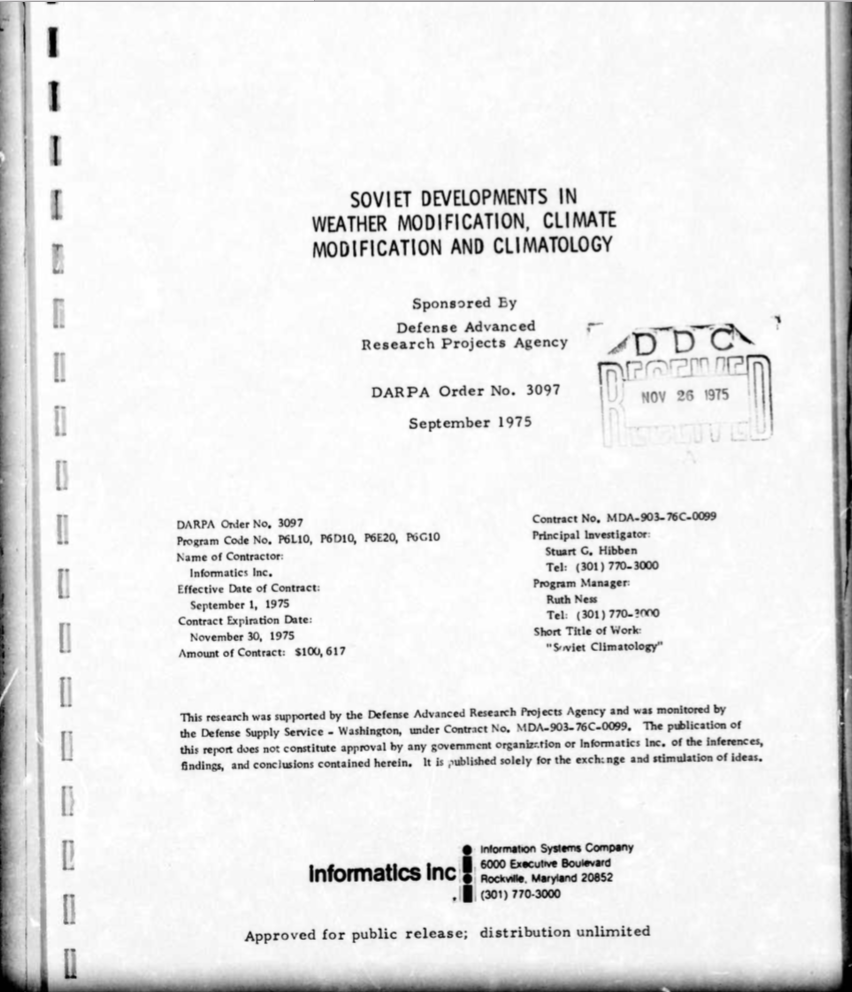 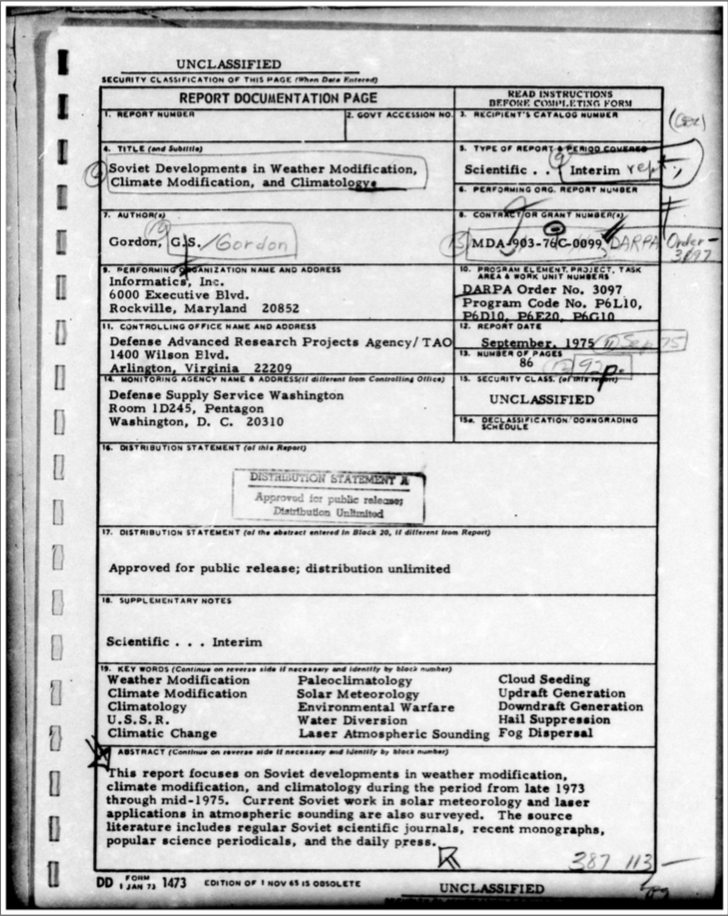 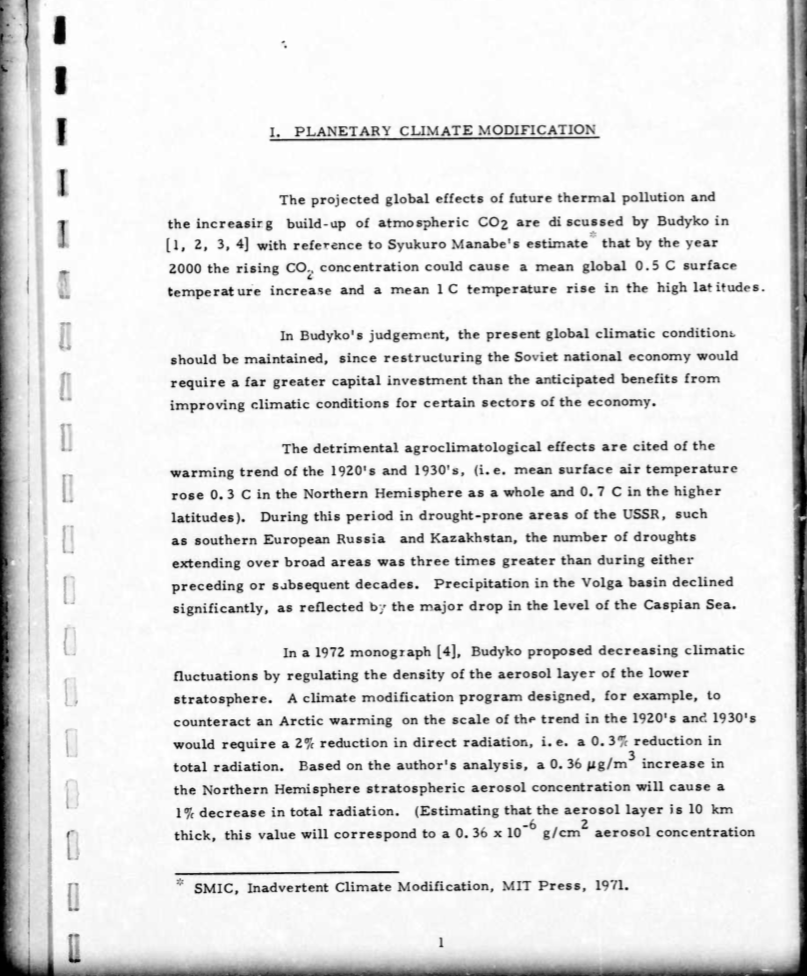 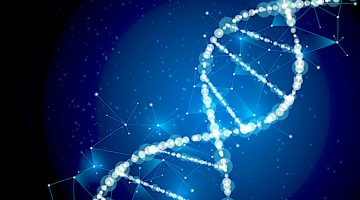 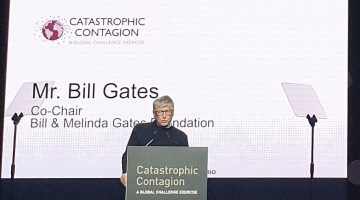