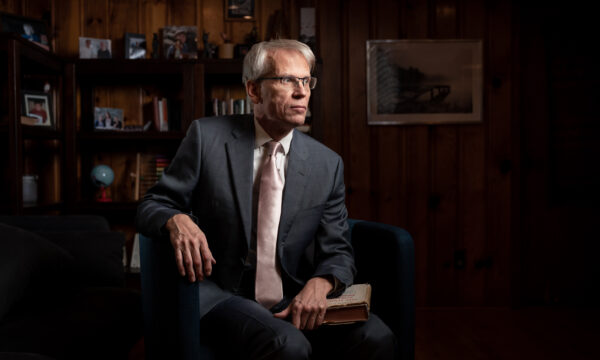 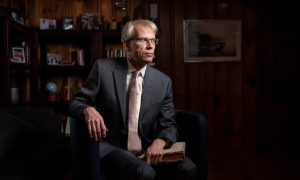 Dr. Martin Kulldorff is one of the most qualified public health pandemic experts in the United States. To the narrative-shapers, he’s a pariah.

As a prominent epidemiologist and statistician, Kulldorff has worked on detecting and monitoring infectious disease outbreaks for two decades. His methods are widely used around the world and by almost every state health department in the United States, as well as by hundreds of people at the Centers for Disease Control and Prevention (CDC).

His résumé on the Food and Drug Administration (FDA) website is 45 pages long and includes a list of 201 peer-reviewed published journal papers. His work has been cited more than 27,000 times.

Since 2003, Kulldorff worked at Harvard Medical School, first as an associate professor of population medicine and later as a professor of medicine.

Kulldorff prefers to keep the reasons private, but it’s hard to ignore that he placed himself in the crosshairs of the pandemic narrative early on in the “15 days to slow the spread” lockdown and has since paid the price.

It’s quite something for a public health scientist at the top of his game to admit that “both science and public health are broken.”

“For some reason, a public official narrative was established, and you weren’t allowed to question it—which, of course, is very detrimental, both to the pandemic and how to deal with the pandemic, because you have to have a vibrant discussion to figure out how best to deal with these things,” he told The Epoch Times.

The Swedish native said he tried to point out in March 2020 that there was a very steep age gradient on mortality for COVID-19, the disease caused by the SARS-CoV-2 virus.

Kulldorff said he attempted to publish a paper both in U.S. medical journals and mainstream newspapers stating that while anyone could contract the virus, the focus should be on protecting the elderly and those at high risk. His paper was knocked back from all directions.

“I was able to publish in Sweden, in the major daily newspapers there during the spring of 2020, so that was not a problem,” he said. “But the United States was not allowed to have a debate, which is very troubling.” 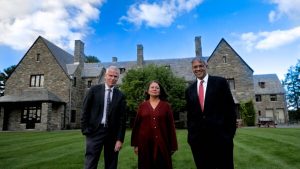 He said the authors wanted to advise the average person that their intuition was correct, that the restrictions weren’t based on public health science—”so when you oppose them, you’re standing on firm scientific ground.”

“The key thing was to break the pretense that there was scientific consensus for these lockdowns—which there wasn’t.”

The appearance of a scientific consensus was formed through high-profile public health officials such as Dr. Anthony Fauci, Dr. Francis Collins, and Dr. Deborah Birx, as well as corporate media along with  the stifling of opposing viewpoints.

“There’s really no public health arguments against the declaration. So if you want to criticize it, you have to … make up lies about it and then attack that, as well as slander the people behind it. And they did both of those things,” Kulldorff said.

It wasn’t until a December 2021 email dump that Kulldorff and the American public got to peek behind the curtain of how the traditional pandemic playbook had been tossed and how swiftly dissenting voices were maligned.

“This proposal from the three fringe epidemiologists … seems to be getting a lot of attention,” Collins told Fauci in the Oct. 8, 2020, email. “There needs to be a quick and devastating published takedown of its premises. I don’t see anything like that online yet—is it underway?”

Collins’s four-line email mentioned that the declaration included “even a co-signature from Nobel Prize winner Mike Leavitt at Stanford.”

Fauci appears to have been in full agreement with Collins’s proposal to take down the authors and their declaration, sending a one-line reply.

“I am pasting in below a piece from the Wired [magazine] that debunks this theory,” he wrote. Collins replied. “Excellent.”

Within a day of the Collins–Fauci exchange, Google began to censor search results for “Great Barrington Declaration.”

In a subsequent interview, Collins said the declaration “is not mainstream science. It’s dangerous.”

Fauci called the declaration “ridiculous” and “total nonsense” in an interview with ABC.

Dr. Francis Collins, director of the National Institutes of Health and Dr. Robert Redfield (R), director of the Centers for Disease Control and Prevention, testify at a Senate hearing in Washington on July 2, 2020. (Saul Loeb-Pool/Getty Images)

A cavalcade of articles from corporate media outlets ensued, with a common theme to disparage the declaration and its authors.

Gregg Gonsalves, an associate professor of epidemiology at Yale, called the focused protection strategy “a massacre” and a “straw man argument” produced by “fancy scientists,” in a Twitter thread a week after the declaration was published. Social media giants such as Twitter and Facebook jumped on the censorship bandwagon and started labeling certain posts as misleading, while permanently banning journalists such as Alex Berenson.

Berenson’s final tweet before being purged was about the COVID-19 vaccines.

“It doesn’t stop infection. Or transmission,” he posted on Aug. 28, 2021. “Think of it—at best—as a therapeutic with a limited window of efficacy and terrible side effect profile that must be dosed in advance of illness. And we want to mandate it? Insanity.”

“You always have to be allowed to question science,” Kulldorff said. “We should never silence that debate, pretend that there’s some person who is ‘The Science,’ who has all the truths.

“I think that happened during this pandemic and that’s an embarrassment for the scientific community.”

In an interview at the end of November 2021, Fauci lashed outat Republican senators who had criticized him.

Kulldorff was 8 years old when he first came to reside in the United States. His father, also a scientist, moved the family from Sweden for a one-year university sabbatical in 1970.

It was October, and two weeks after arriving in Texas, Kulldorff’s mother told him to don a costume and head out with the local children.

“We walked around the neighborhood, and everywhere we knocked on the door, they gave us candy. So that was pretty nice for an 8-year-old. And I’ve liked this country ever since,” he said.

Kulldorff returned to the United States for a couple of years in the 1980s for his doctoral work, and in the early ’90s, he made the move permanent.

The original dream for Kulldorff was to teach high school math and history. He laughs about it still being a backup plan if his current career falls apart. 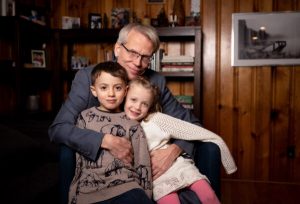 One of the major precepts behind the Great Barrington Declaration is that public health is wide-ranging and needs a long-term view, yet many influential scientists had a singular focus on COVID-19 outcomes.

That singular focus resulted in government officials filling skateboard parks in California with sand and locking up children’s playgrounds with chains and yellow police tape. Millions of children were sent home from school and for almost two years were forced to learn virtually from home.

Health experts warned in May 2020 that as pandemic-driven hardship puts added strain on the mental health of Americans, as many as 154,000 extra lives may be lost due to drug or alcohol abuse and suicide, or “deaths of despair.”

People were dying from cardiovascular diseases that, in normal circumstances, they would have survived, Kulldorff said,”because maybe they were afraid to go to the hospital, or they went too late.”

“So these are all tragic consequences, collateral damage, of these COVID measures, restrictions that were imposed,” he said. “And you can’t just do that for a whole year or two and expect that it doesn’t have other enormously bad outcomes on public health.”

Kulldorff anticipates that many of the ancillary health impacts have yet to surface.

In January, a Johns Hopkins meta-analysis of lockdown data concluded that lockdowns didn’t save lives. 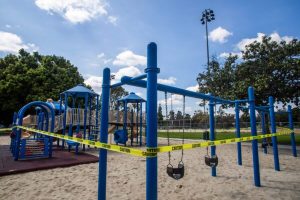 The playground at Lincoln Park is closed during the novel coronavirus outbreak in Los Angeles on March 21, 2020. – All 40 million residents of California were on March 19 ordered to stay at home indefinitely in a bid to battle the coronavirus pandemic in the nation’s most populous state. (Photo by Apu GOMES / AFP) (Photo by APU GOMES/AFP via Getty Images)

Kulldorff is dedicating his next chapter to helping restore trust in science and public health—both of which he calls “broken.”

“So it’s the heads of the funding agencies, the heads of the big journals, and the university presidents and deans who all went into the same bubble thinking that they knew what was right, and which turned out to be wrong,” Kulldorff said.

“But all scientists now are going to have to suffer from that, because, for good reasons, the public won’t trust scientists anymore.”

He’s working with the Brownstone Institute as the scientific director to navigate how to shore up public health again. He’s also part of Hillsdale College’s new Academy for Science and Freedom, which he says will promote and defend the importance of open, free scientific discourse.

“It’s very clear that if we want to have vibrant science, and a vibrant scientific community, we have to reform the way science operates and the way public health operates,” he said.

But, Kulldorff said, it’s up to the public—the truckers, farmers, nurses, pilots, and parents—as well as rank-and-file scientists to effect real change.

It’s also time to compassionately help each other heal from the psychological and mental wounds, he said, especially those still living in constant fear of COVID and those who have been self-isolating for two years now.

“I think we shouldn’t blame those who were afraid, because they were major victims of this pandemic strategy,” he said.

“We shouldn’t blame people for believing Anthony Fauci and the CDC—that was the natural thing to do. We just have to help them realize that these measures were misguided so that never happens again.” SOURCE