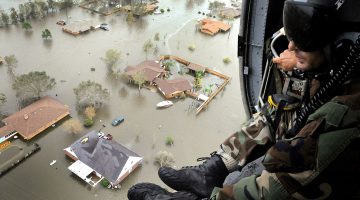 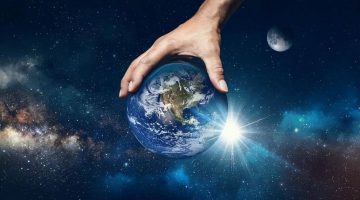 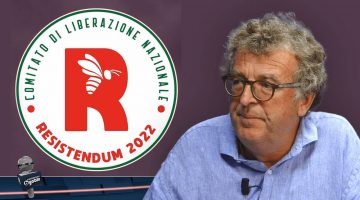 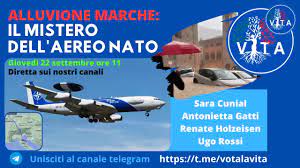 DA ORWELL A COELHO, I LIBRI PROIBITI IN USA 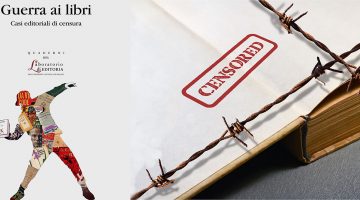 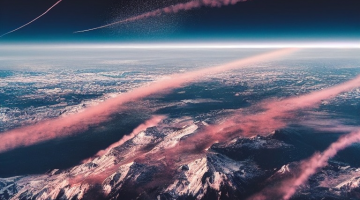 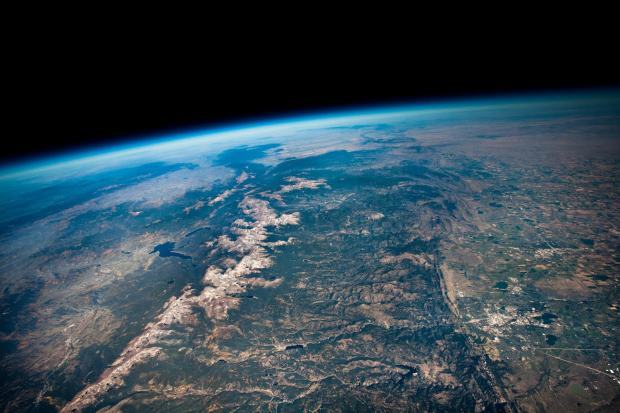 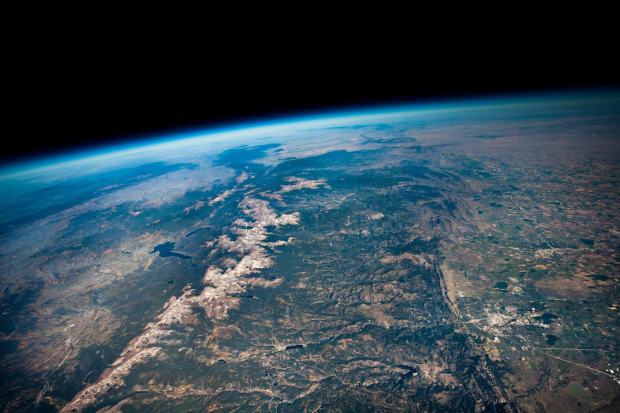 The view from 95,000 feet over Boulder, by a camera on board an atmospheric instrument package flown out of Boulder County on a weekly basis by balloon by the Cooperative Institute for Research in Environmental Sciences and the Global Monitoring Division of the National Oceanic and Atmospheric Administration.

While the ozone layer is showing signs of recovery in the upper stratosphere, its health in the lower continues to decline

As brisk winter winds buffeted Marshall Mesa on a recent morning, Boulder scientists Patrick Cullis and Lizzy Asher wrestled a latex balloon filled with 200-cubic-feet of helium tethered to a 4-pound package of science instruments into position, then freed it for a rapid flight high into the clear Colorado sky.

At a speed of about 5 meters a second, it ultimately would soar to a height of 100,000 feet, well into the stratosphere, sampling the ozone layer at every level, before erupting in the thin atmosphere and plummeting — its landing softened by a tiny parachute — to Earth north of Keenesburg about two hours later.

The weekly scientific ritual, which has been taking place since 1980, is a critical tool in scientists’ ongoing efforts to learn about the changing state of the Earth’s climate health.

Describing his work in thumbnail terms, Cullis said, “I say that I launch balloons to measure stratospheric ozone, which is the sunscreen of the Earth. And we really need to keep an eye on that.”

Cullis is an associate research scientist with the University of Colorado Boulder’s Cooperative Institute for Research in Environmental Sciences, working at the National Oceanic and Atmospheric Administration in its Global Monitoring Division.

His work is one example of what goes into a massive data pool that helped to inform a groundbreaking paper released earlier this month by CU Boulder scientists Theodore Koenig and Rainer Volkamer, which advances a set of connections linking air pollution near the planet’s surface to ozone destruction much higher in the atmosphere.

That higher-level ozone shields the Earth’s surface from radiation that can cause skin cancer and damage crops.

“They are definitely pulling in our vertical (atmospheric) profiles and the vertical profiles from other launch sites worldwide,” said Cullis, a Boulder resident whose work has taken him to Greenland, American Samoa and a full year spent at the Amundsen-Scott South Pole Station, before settling in Boulder.

“It is not just NOAA that does it, but we have some of the longest and best records. And that’s where you’re going to see, in these trends at the upper troposphere and the lower stratosphere, whether the ozone is increasing or decreasing,” Cullis said.

A few bottles in the Great Salt Lake

At a time when the United States has stepped away from the spirit of international accord on addressing global warming by filing to withdraw from the Paris climate agreement, it’s easy to forget that the planet has seen progress on another environmental crisis — the depletion of the ozone layer.

In the wake of the Montreal Accord of 1987, serious degradation of the ozone layer at the South Pole has been gradually improving through the phasing out of the use of chlorofluorocarbons (CFCs), which were found to be its leading cause.

Current projections are that a hole in the ozone over the South Pole that by 1992 had expanded to about the size of North America will be largely returned to 1980 levels by between 2050 and 2070.

But while the ozone layer is showing signs of recovery in the upper stratosphere, its health in the lower stratosphere continues to decline. Koenig and Volkamer’s work could help explain why that’s the case.

The new study, on which Koenig is first author and Volkamer is corresponding author, and published in the Proceedings of the National Academy of Sciences, has drawn attention for marking the first “quantitative detection” of iodine in the stratosphere.

Koenig, a postdoctoral researcher at CIRES and the University of Colorado, put the impact of the iodine’s presence at about 1.5 to 2% less ozone in the lower part of the ozone layer around the planet’s tropics and temperate zones.

That might appear to be a small number, but the scientists say it’s important, because even a slightly thinner ozone layer means more UVB radiation (Type B ultraviolet, which produces sunburn) can reach the Earth’s surface.

“Even back in the ’90s, we’ve known for a long time that atom for atom, iodine has 600 times the destruction potential of chlorine,” Koenig said. “The thinking was that even if we found a very small amount of iodine, that could be significant. That’s what set us down the road of looking at this problem.

“The signals we’re measuring are very, very small. It took quite a bit of effort for us to measure them. A good analogy we came up with is that it’s as if you threw a few bottles in the Great Salt Lake, or something of similar order of magnitude.”

Volkamer, a CIRES fellow and professor of chemistry at CU Boulder, said this marks the first time scientists have put a number to the presence of iodine in the atmosphere.

“Nobody has said that before,” Volkamer said. “The thinking before we embarked on the study was very much that iodine could be zero in the stratosphere. And we showed here, clearly, that it is not the case.”

Ozone in the atmosphere plays a critical role in filtering out ultraviolet radiation from the sun, though at the Earth’s surface it is a pollutant, regulated in the United States and elsewhere for its potential to damage people’s lungs.

“Ozone is bad nearby but good up high,” is the axiom Volkamer cited, on that point.

When ozone interacts chemically with the surface of the oceans, it can pull naturally occurring iodine from the seas into the atmosphere. Previous studies have shown that iodine levels in the lower atmosphere roughly tripled in concentration between the 1950s and 1990s, based on measurements in an ice core from the Col du Dome region of eastern France.

“If you have more near the surface, then the result is you’re increasing the rate at which the ocean is producing these volatile iodine species, or compounds, that are injected in the atmosphere,” Volkamer said.

Both Volkamer and Koenig say more research is needed to bolster the findings put forth in their new paper.

“I would say there is still scientific work to be done to show that stratospheric iodine is really in the process of changing, and confirm our results,” Koenig said. “Let’s assume it’s real. We would want to limit surface ozone, anyway. It’s bad for human health. But this would give further urgency to that, as an additional effect of high surface ozone.”

Volkamer agreed, noting that “The study also raises a lot of questions, and so there is more research to be done to better quantify the amounts of iodine that are ejected into the stratosphere. How much comes out of the ocean actually makes it into the atmosphere?

“We still want to understand that better. We are better building better instruments to get… better understanding as to the time scale that the ozone layer will heal.”

The work done in Boulder that feeds into the data relied upon by Koenig, Volkamer and countless other scientists around the world, is a key part of that effort.

The instruments tethered to the balloon released regularly from Marshall Mesa include a radiosonde taking measurements of temperature, pressure, humidity, and atmospheric wind speeds, and is equipped with a radio transmitter to send the data back.

That instrument is plugged into the ozonesonde, which takes a measurement every second, on the way up, of ozone concentrations.

Finally, the recent package included an instrument flown by Asher, a research scientist with the Chemical Science Division of the Earth System Research Laboratory at NOAA, called a Portable Optical Particle Spectrometer. Fabricated through 3D printing technology, its function is to measure aerosol size distributions, and those measurements are needed as part of the validation of data collected since 2018 from the Stratospheric Aerosol and Gas Experiment (SAGE III) initiative on board the International Space Station — which had just flown over Boulder near sunrise that same morning.

“Roughly half of our launches coincide with the ISS flyovers. The station orbits the Earth 15 times a day and with the earth’s rotation, that’s just how the overpasses happen to work out,” Cullis said. “There are usually a string of two to four days in a row where we can coincide with an overpass and then a period without.”

Similar balloon launches in support of the SAGE III effort are taken by NOAA at Lauder, New Zealand, and Hilo, Hawaii.

“It’s also fun that right now, Christina Koch, who is stationed on the ISS right now, launched these exact same ozonesondes for us at our station in American Samoa before joining the astronaut corp,” Cullis said.

“It’s a really neat project to be a part of,” said Asher, a Boulder resident and research scientist II working for CIRES at NOAA. “I enjoy the collaborative atmosphere that exists at NOAA/CIRES, and this is just one great example of that. And it’s really neat to be partnering with NASA and helping them prove space-based measurements of aerosol and other constituents. And it’s definitely really cool, the day-to-day excitement of doing the launches and retrievals.

“It breaks up the monotony of the workweek sometimes.”

…Possible side effects are impacts on the hydrological cycle, stratospheric ozone and cirrus clouds. Recent studies have addressed the question of possible effects on ozone and the hydrological cycle [Tilmes et al., 2008; Heckendorn et al., 2009; Robock et al., 2008; Trenberth and Dai, 2007]. Tilmes et al. [2008] analyzed the sensitivity of ozone depletion to proposed GE schemes and found that the recovery of the Antarctic ozone hole would be prolonged by some decades if large burdens of SO2 are brought into the stratosphere on a continuous basis. Also, the hydrological cycle will likely be affected by stratospheric aerosols. Robock et al. [2008] used a global climate model to investigate the regional climate responses to stratospheric sulphate injections and found modified Asian and African monsoons which reduce the precipitation regionally and thus endanger the food supply. Reduced precipitation over land was also found by Trenberth and Dai [2007] who evaluated observational data after the eruption of Mt. Pinatubo in 1991….