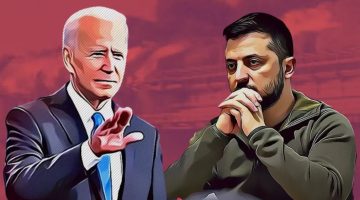 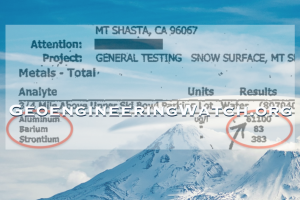 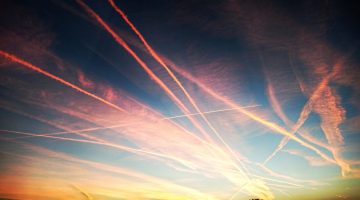 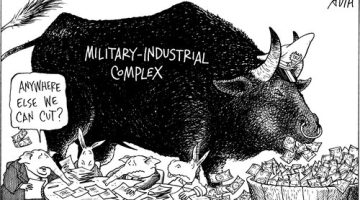 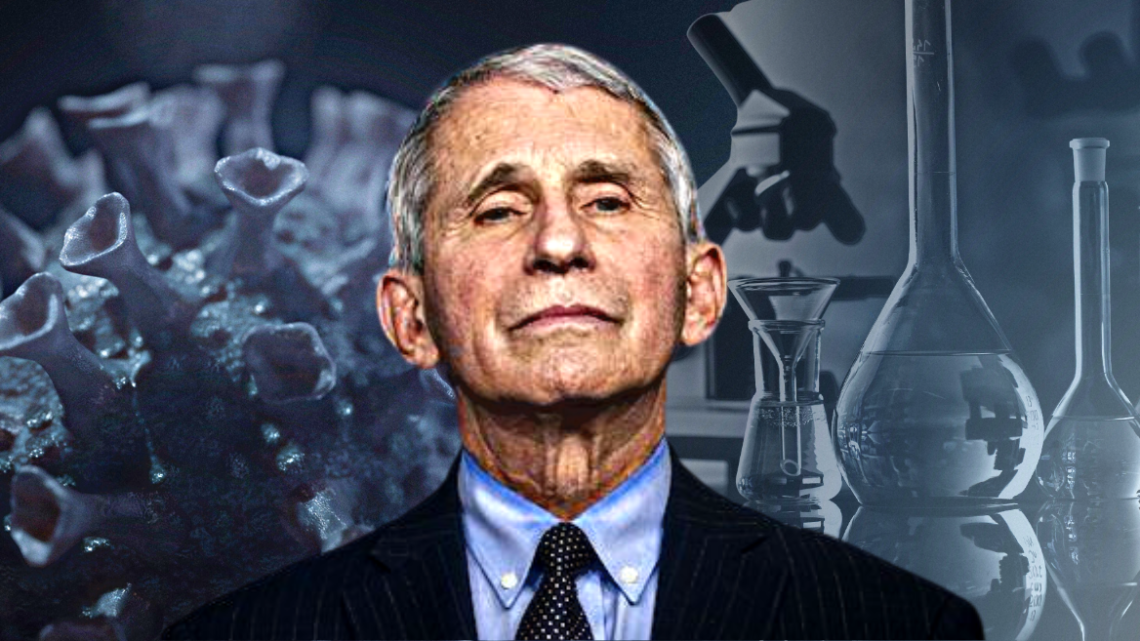 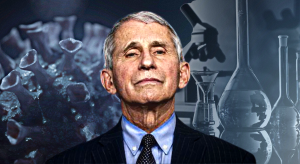 Dr Anthony Fauci, the architect of the insidious COVID-19 response in the US which quickly became the standard response adopted by countries across the globe, was deposed this week in the lawsuit against the US federal government for allegedly colluding with Big Tech platforms to censor content critical of COVID-19 vaccines and countermeasures. For those of us who hoped this would be a turning point, it appears we once again underestimated the depth of Fauci’s treachery. Fauci conveniently developed a temporary case of amnesia as “he mostly stonewalled detailed questioning by answering that he has no clear memory of details that would shed light on his involvement in speech suppression”.  Some revelations as to his involvement, however, did come to light. This article first appeared on Brownstone Institute. – Nadya Swart

Fauci’s 7-Hour Deposition: What We Know So far

The transcript is not yet available and no reporters were allowed. But from the Attorneys General who brought the suit, the plaintiffs in the case and their attorney, and other parties to the lawsuit against the Biden administration, we have some information about the deposition provided by Anthony “I am the Science” Fauci. He has been the face of the pandemic response and stands accused of colluding with Big Tech to suppress dissent in violation of the First Amendment.

The question of whether the deposition was to be public was itself the subject of legal attention. The Department of Justice filed to block all recording and personally identifiable information for fear of public harassment, and this condition was granted. As a result, we have no transcript (yet) and one senses a great skittishness even from those who were there to explain the fullness of what transpired. Major national media have shown no interest in getting the story.

Nonetheless, we do have information thanks to some candid tweets and an article by one of the plaintiffs. The main takeaway is that Fauci has come down with a serious case of amnesia. Over seven hours, reported Louisiana Attorney General Jeff Landry, he mostly stonewalled detailed questioning by answering that he has no clear memory of details that would shed light on his involvement in speech suppression.

“Wow! It was amazing to spend 7 hours with Dr Fauci. The man who single-handedly wrecked the U.S. economy based upon ‘the science.’ Only to discover that he can’t recall practically anything dealing with his Covid response!”

This is despite the hundreds of pages and many public statements that seem to confirm that the White House and many government agencies worked very closely with Google, Facebook, Twitter, and others, to control the narrative for the better part of two years. And these efforts are probably ongoing.

Eric Schmitt, the Attorney General of Missouri and now Senator-Elect, bought the suit along with the Attorney General of Louisiana. Schmitt tweeted “some takeaways from the deposition of Fauci: Fauci knew the Lab Leak theory had merit but it’d come back to him & sought to immediately discredit it; He defended lockdowns; The rest of us ‘don’t have the ability’ to determine what’s best for ourselves.”

In addition, he wrote: “In the Fauci depo this week the court reporter sneezed. Fauci wanted her to wear a mask. This is the mentality in Nov 2022 of the guy who locked down our country & ruined countless lives & livelihoods. The Experts followed suit. Dissent was censored. In America. Never Again.”

UPDATE: from our deposition of Fauci yesterday in the MO v. Biden case. Fauci confirmed that in Feb 2020, Fauci sent Clifford Lane, his deputy at the NAIAD, as the U.S. representative for the WHO delegation to China. Lane convinced Fauci we should emulate China’s lockdowns.

The CCP had announced China had contained the virus through draconian lockdowns–a claim now known to be false. Given the (sic) China’s pattern of falsified information, Lane and Fauci should have approached this claim with scepticism. Lockdowns were wholly untested & unprecedented.

As our lawyer, @Leftylockdowns1 put it, Fauci “was apparently willing to base his lockdown advocacy on the observations of a single guy relying on reports from a dictator.” Not exactly a double-blind randomised trial level of evidence, or indeed, any level of evidence.

Days after Lane returned, WHO published its report praising China’s strategy: “China’s uncompromising and rigorous use of non-pharmaceutical measures [lockdowns] to contain transmission of the COVID-19 virus in multiple settings provides vital lessons for the global response.

“This rather unique and unprecedented public health response in China reversed the escalating cases,” the report claimed. My colleague @jeffreyatucker at the @brownstoneinst gave a tongue-in-cheek gloss of WHO’s misty eyed report: “I’ve seen the future—and it is Wuhan.”

Lockdowns quickly spread from China to the West, as a troubling number of Western apologists besides the WHO also looked to the Chinese Communist Party’s covid response for guidance.

The U.S. & U.K. followed Italy’s lockdown, which had followed China, and all but a handful of countries around the globe immediately followed our lead. Within weeks the whole world was locked down.

From the very beginning, the evidential basis for this global policy catastrophe was always paper-thin. We are now living in the aftermath.

John Sauer, “And Mr Lane, after returning from the trip, said the Chinese were managing this in a very structured, organised way; correct?… Did you discuss Mr Lane’s experience on the trip with him when he got back from the WHO trip?”

Dr Fauci, ” The answer is I did… Dr Lane was very impressed about how from a clinical public health standpoint, the Chinese were handling the isolation, the contact tracing, the building of facilities to take care of people, and that’s what I believed he meant when he said [they] were managing this in a very structured, organised way.”

Sauer: “So he drew the conclusion that there might have to be extreme, in his word, measures to mandate social distancing to bring the outbreak under control; correct?”

Fauci: “That’s what this is implying, yes… He did discuss with me that the Chinese 19 had a very organised way of trying to contain the spread in Wuhan and elsewhere. He didn’t get a chance to go to Wuhan, but he was in Beijing, and I believe other cities — at least Beijing — and he mentioned that they had a very organised, well regimented way of handling the outbreak.”

Sauer: “And so he had a kind of positive reaction to that. There might be lessons to be learned for the United States in its response to the outbreak?”

Fauci: “I believe Dr Lane came to the conclusion that when you have a widespread respiratory disease that a very common and effective way to curtail the rapid spread of the disease is by implementing social distancing measures… Dr Lane is a very astute clinician, and I have every reason to believe that his evaluation of the situation was accurate and correct.”

Just to be clear, Fauci has here described a policy response that included welding shut the doors to people’s apartments and full totalitarian controls on movement as a “very organised” and “well regimented” implementation of “social distancing measures”.

Just let that sink in.

Hoft provided in addition the most detailed observations yet. Quoting here from his report in full:

Jenin Younes, attorney for the plaintiffs who works with the New Civil Liberties Alliance, wrote on Twitter: “One of my favourite quotes from Fauci’s deposition today: “I have a very busy day job running a six billion dollar institute. I don’t have time to worry about things like the Great Barrington Declaration.”

Keep in mind that we have full records of emails in which Fauci took credit for coming “out very strongly publicly against the Great Barrington Declaration”.

In conclusion, we have here a revealing account of astonishing testimony from Fauci, which, to those of us who have followed this case closely from the very beginning, is only shocking because it confirms the fullness of the treachery we have long suspected was at the very heart of the US lockdown experience. We also have confirmed that the phrase “social distancing” really is nothing but a euphemism for a China-style full assault on everything we once called freedom in the West. 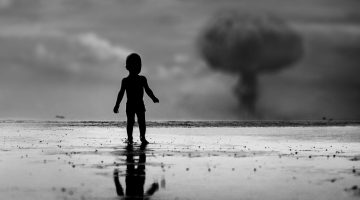